Founders and Benefactors: Celebrating the Lasting Impact of Financial Support 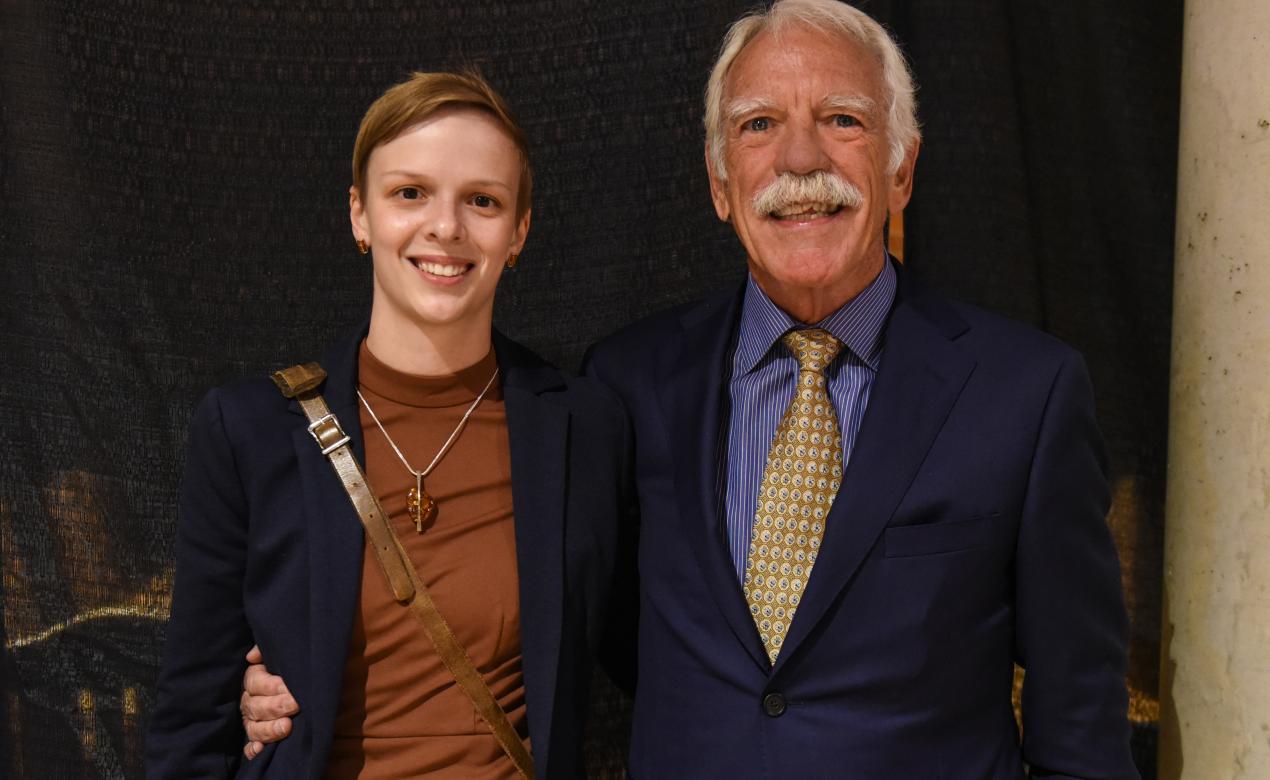 On Thursday, October 20, we were able to welcome members of our community back to campus to host our first Founders and Benefactors Dinner since 2019.

This event is traditionally hosted annually as a way to recognize and celebrate the philanthropists in our community who support financial aid and endowment, and to bring them together with the current students who benefit.

The event routinely features fantastic speeches from donors and recipients, who speak to the impact of a SMUS education and the life-changing impact of financial aid. This year was no exception, as Hugh McGillivray '64 and Kaylynn Purdy MD '10 spoke eloquently to the attendees.

Below, read excerpts from both of their speeches.

This school not only developed my character but revealed it to me and others. In my case, it developed my risk-taking, revealed my perseverance and strengthened my faith – all through competition.

Starting the first week of Grade 9 at this school, I realized if I wanted to excel at sports, I had to stay fit. So after games or cadets – every day – I ran up and down Mount Tolmie. I did that every school day for four years. Mostly I ran up the rocky side so I wouldn’t get bored.

I was put on the 5th XV Rugby team in Grade 9. My French teacher, J.D. Powell, was also my rugby coach. One day, J.D. was trying to show us how to tackle. He asked me to demonstrate a tackle by tackling him while he was passing the ball. So I tackled my French teacher. He didn’t get up. Two other players helped him off the field before he was taken to the hospital with a broken leg.

So, I realized I could run flat out for 80 or 90 minutes; I wasn’t great at playing rugby, but I could keep opponents from playing their game! I could defend for my team for an entire game. Nick Prowse, my 3rd XV coach, acknowledged much later that nobody he coached could better defend a rugby field.

As Winston Churchill once said, “Never give up on something you can’t go a day without thinking about. If you are going through hell, keep going!”

I credit teachers like Rob Wilson, J.J. Timmis, Reg Wenman, Nick Prowse, Ian Mugridge for developing my character and revealing it. Today, you kids have Mat Geddes, Keven Fletcher, two Batemans, two Andersons, Keith Driscoll, and an infantry of others. Any three of these folks can equip you for life!

We are all here to celebrate the impact that financial aid can have, and I stand here before you as an example of that. Thanks to people like Hugh McGillivray, who personally supported me, I was able to attend SMUS and had the opportunity to learn and grow as a person from so many wonderful teachers, coaches, and houseparents. Because SMUS gave me such a strong foundation, I excelled in university, went on to medical school, then landed in my first-choice residency program. I’m now simultaneously – completing my residency in neurology at the University of Alberta and a master’s in health policy at Stanford University.

SMUS not only offered the academic preparation that I needed, but it also taught me the value of service-based leadership. It was here as a student that I learned that one person can have an impact, the importance of giving back and that the ultimate goal in life should be to improve the world around you.

The networks you make as a student at SMUS have the ability to last a lifetime. Because medical education is very long journey with limited financial returns for a very long time, I have tried my best to give back to SMUS in other ways, such as through mentorship to further foster these connections. The journey as SMUSdent doesn’t end when you graduate, it’s a community that not only supports students while they are here but is also able to connect and support alumni long after they leave.

I will ask all of you in the room the same question Hugh once asked me to consider, both students and donors, “Do you want to get there, or do you want to be there?” I have pondered this question for a long time, in a much more existential manner than Hugh intended, and I can see now the answer for me is both.

A SMUS education helped me “get here,” and because of that, it has allowed me to focus on becoming who I want to be: a person who can give my full self to the care of my patients and to the wider problems that affect the health of many. All the donors who support financial aid and endowment make it possible for people to become who and what they want to be, sometimes lifting up whole communities along the way and creating lifelong supportive networks for people to achieve their dreams – for people to change the world. That is the impact of financial aid.

Students, I hope that your time here will open your minds and hearts to everything that is possible in your future. Dreams don’t start in the sky, they start with your roots – your family, your friends, and the communities that you come from. SMUS is a community that will provide the soil and the foundation needed to begin building a life of purpose and meaning. So, dream big, dream far, and never forget that who you want to be is more important than what you want to be. Donors, thank you for giving and thank you for providing the foundation needed to make dreams possible.

Looking back at 10 years of our unique boarding school contest, the experience that these...
Read

Check out a number of photos from the Halloween celebrations at our Junior, Middle and...
Read
More news