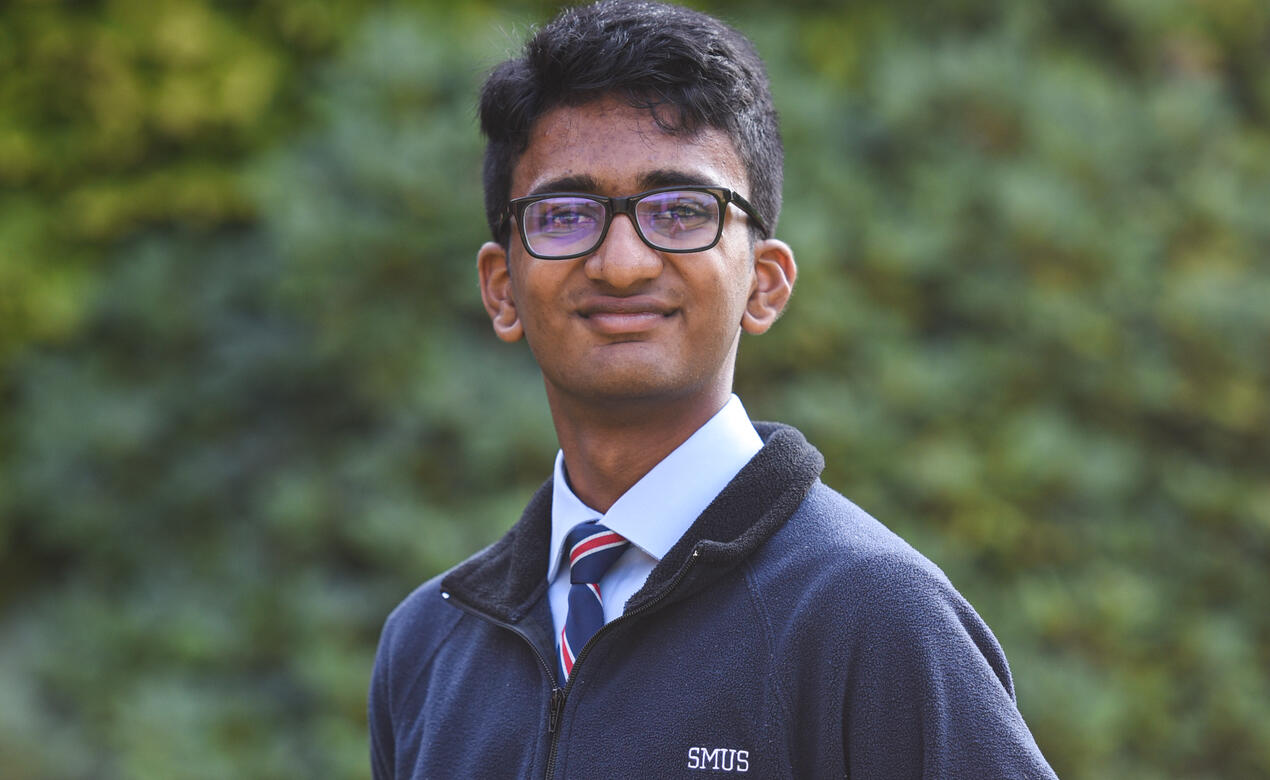 Grade 12 student Rahul Menon was recently shortlisted in an economics essay contest run by a University of Oxford organization for his piece about the downsides of Bitcoin.

Rahul is deeply interested in economics and says the AP Macroeconomics course he took in his Grade 11 year was instrumental in fuelling that passion.

“Economics just naturally makes sense to me; it explains the world we see. Physics scientifically explains the universe and economics, for me, explains our contemporary world and helps us understand why people make the decisions they make, and what causes this, what causes that,” he says.

Toward the end of his Grade 11 year, one of his friends entered a different essay competition, which piqued Rahul’s interest. He went about searching for an economics-based contest that would allow him to “test my knowledge, and also improve my writing.”

Is Bitcoin a blessing or a curse?

Of the four economics questions available to answer, Rahul chose to focus his research and essay on the question of whether Bitcoin is a blessing or a curse.

“In AP Macroeconomics we were introduced to the concept of money and we explored the change from the barter system to gold to credit to cash to eventually Bitcoin and other cryptocurrencies,” he says. “I did my initial research on all four topics, but I found that there was more information available on Bitcoin. Because it’s a for or against question, I looked at both sides to find which one had the better points and I used the evidence, rather than my personal thoughts, so I wrote about Bitcoin being a curse because currently that argument has more evidence.”

One of the main arguments Rahul chose to focus on was the environmental impact of Bitcoin, highlighting how the energy consumption required for blockchain and Bitcoin mining technology is extraordinarily high.

“[For] a global economy heading towards a more sustainable age, Bitcoin’s mining process is counterproductive due to most Bitcoin mining done in Asian countries that rely on coal and other fossil fuel energy sources which produces immense amounts of emissions and greenhouse gases,” he wrote. “As the amount of Bitcoin left to mine becomes smaller due to its finite supply, the amount of energy computers will need to mine a Bitcoin will increase, which will result in even more coal and other energy consumed.”

He also highlighted how Bitcoin lacks the distinct attributes that define money: it can function as a medium of exchange, has a unit of account and has a store of value.

In July, Rahul was named one of only 115 students – out of 1,200 submissions – shortlisted for the economic essay prize.

“It feels pretty good to get that recognition. I've always had an interest in, first of all, English and writing, and second of all economics. So this was a perfect opportunity to hone my writing skills and put them to the test,” he says.

In addition to his AP Macroeconomics course, he also credits the researching and writing skills he learned in AP Seminar and AP Language and Composition for helping improve his essay.

Now in Grade 12, Rahul is focused on continuing with his passion for economics. He is Head of the Economics Club this year and is looking to apply for economics programs at university.

And while he recognizes that entering essay contests are maybe not something every student would naturally enjoy, he encourages fellow high schoolers to seriously consider it – particularly an economics-related contest.

“This is one of the best ways to gain experience. Once you start reading articles, you really get an understanding of what's going on in the world, which I feel is really important,” he says. “Doing these sorts of [research-based essay] contests helps you gain more knowledge about how to adapt in our world. Our world is always changing, and economics is always going to be relevant.”