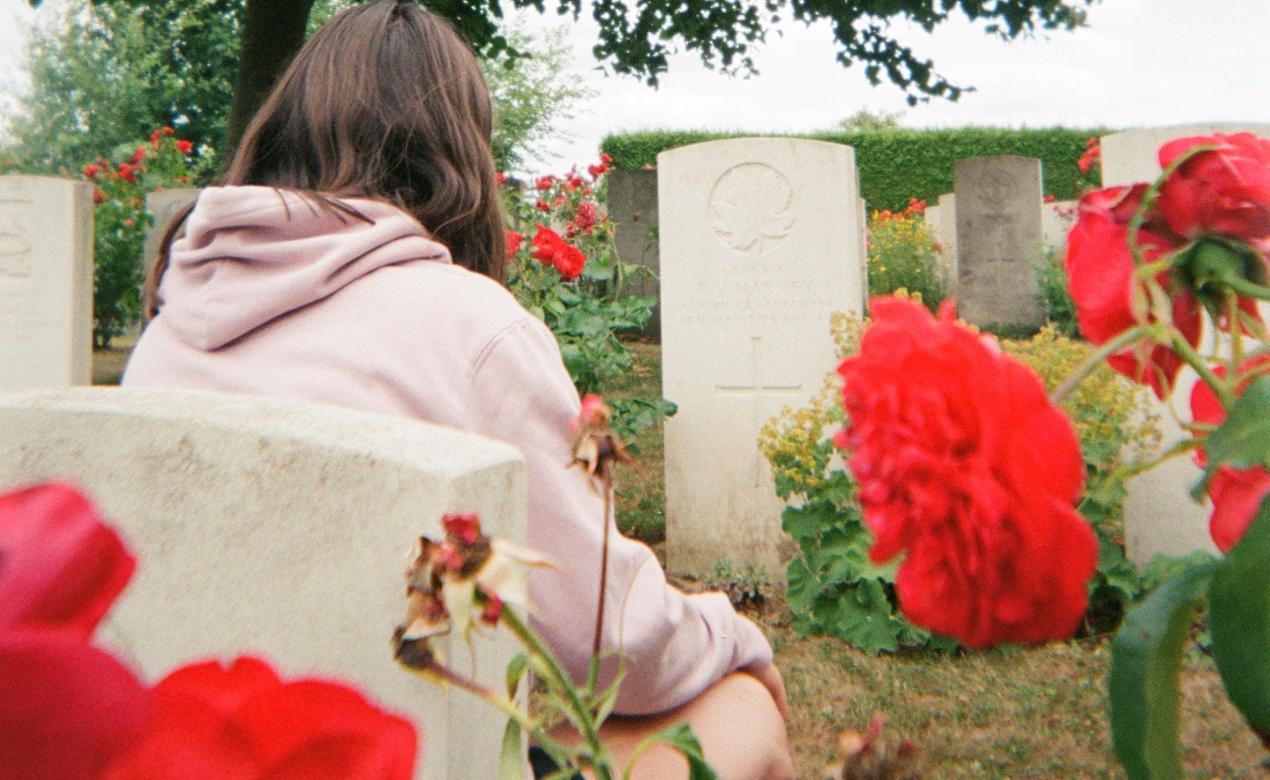 One of the Remembrance Day traditions at SMUS is the reading of a letter from one of our founders, Capt. R.V. Harvey, to his students before he went to fight in the First World War. It's a poignant moment for our students, hearing a letter written more than a century ago addressed to children their own age.

"I remember the first time I heard that letter, I thought, 'Wow, the pain that letter must have brought those students reading it,'" says Grade 9 student Clara Curry. "Imagine waking up one morning and somebody who you really care about isn't there because they're going to go fight in a war."

Capt. Harvey never made it back to Victoria. He was wounded in battle in the spring of 1915, and died of his injuries as a prisoner of war in Germany.

Clara says that moment as a Grade 3 student, hearing the letter for the first time, stuck with her, and contributed to her interest in the First and Second World Wars.

The next summer, in 2017, the Curry family (Clara, along with Senior School teachers Richard and Susanne, and sister Emma '22) travelled to Europe and visited Tyne Cot Commonwealth War Graves Cemetery in Passendale, Belgium, where the Third Battle of Ypres took place.

"It was a massive, massive cemetery. I'd never seen something like that before," she says. "I remember there was a big statue in the middle of it and then around it there was just hundreds of gravestones that all looked the same. The only differences was the name and each one had a symbol representing what country they were from."

Clara recalls visiting the small museum at the cemetery where there was a computer that allowed visitors to search for people buried at war cemeteries.

"Because of my interest, I looked up Capt. Harvey and it told us that he was buried in a cemetery in Kassel, Germany," she says. "From that moment on, I kept telling my parents, 'OK, we have to go to Germany." 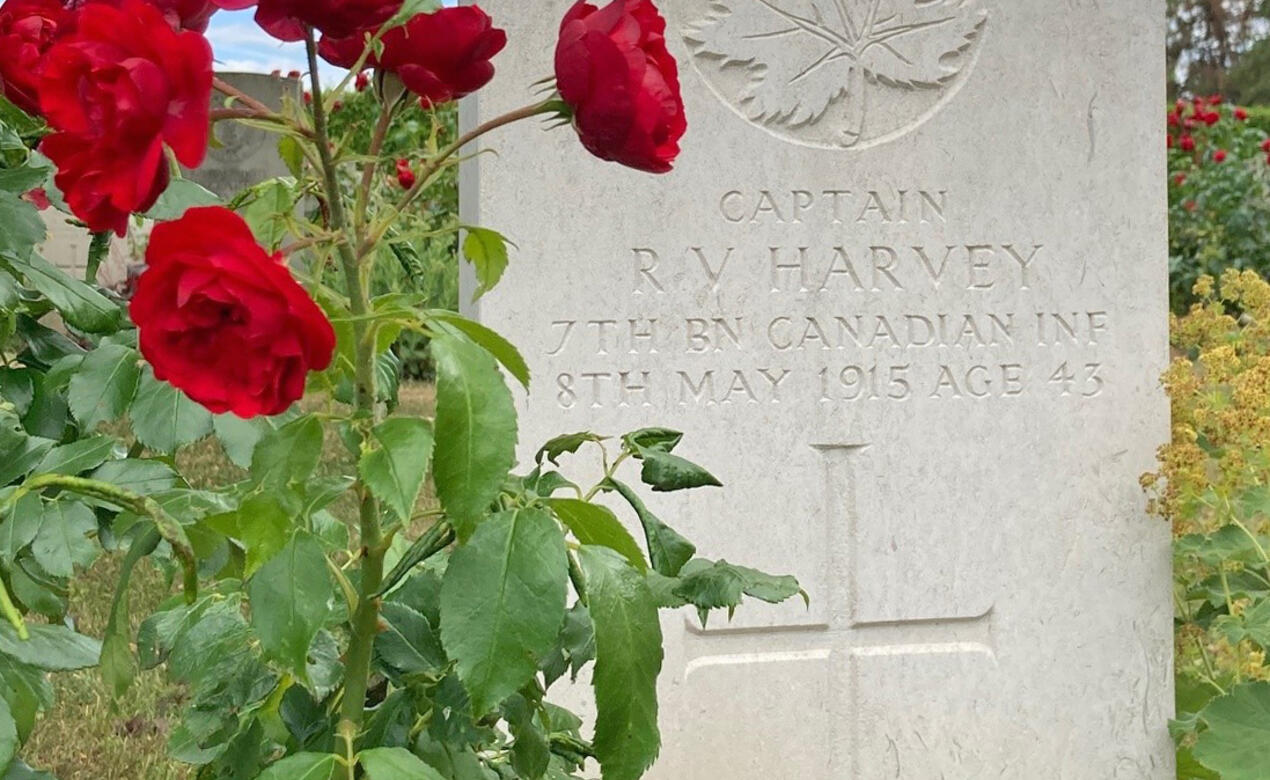 A few months ago, the Curry family returned to Europe on vacation – this time to Cologne, Germany. From Cologne, they took a trip to Kassel to visit the final resting place of Capt. Harvey.

After wayfinding through Niederzwehren War Cemetery, a large site with nearly 1,800 gravestones for soldiers who fought for the British Commonwealth, the Currys found Capt. Harvey's grave, up toward the back and positioned facing the rest of the site and the city of Kassel.

"It felt good to finally see it, but it also felt really sad," Clara recalls. "When I was there, I was thinking about what it would have been like to be one of those students when they found out that he had lost his life."

This year, Clara anticipates that the reading of Capt. Harvey's letter during the Remembrance Day service will feel different for her.

"It already feels different knowing that Remembrance Day is coming up. Even though I've heard the letter quite a lot, now that I've been in the presence of his grave, I'll have even more of a connection to the letter and the students he wrote it to."