Students from around the world set the level of competition high. Our students won their chance to compete through an internal audition, since SMUS can only send three students to this competition each year.

Divyesh and Fa made it to the finals of the Cross-Examination Debate event – an extraordinary feat, considering how little experience either of them has had with debate. They had to argue both sides of the proposition that "populism is a benefit to democracy." They worked hard to prepare for their debates, and even harder when they got to Boston and understood the required level of competition.

In addition, Fa won the English award for the top ELL student at the competition – a great achievement.

Dewi was strong in all three of her events, and threw herself into the spirit of the competition, making new friends and enjoying the sights and tastes of Boston in the fall. She was a true student ambassador.

All three also wrote and delivered powerful speeches on a different social issue. Fa spoke about alternatives to organic food, Divyesh spoke about the true value of religion, and Dewi spoke about environmental red herrings.

We really appreciate the school's financial support that made this year's trip possible, including allowing both Jerome Foenander and me to accompany the students as faculty advisors.

Since next year's competition is at Mulgrave School in West Vancouver, we hope members of the SMUS community will have an opportunity to come support our students and marvel at the high level of competition.

SMUS has offered to host the competition in the fall of 2023. 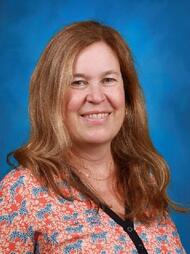