Teamwork is Key at Robotics Competition

This past weekend, SMUS hosted the FIRST Tech Challenge (FTC) BC Championship robotics competition. This event represented the culmination of six months of hard work by 30 teams of high school students from all around British Columbia.

The competition involves much more than just building robots. Each year, the season begins when the FTC releases a new game, with a variety of engineering and programming challenges each worth a set amount of points. Teams work collaboratively to determine a strategy to score points and from there begin to design the first iteration of their robot.

As part of the FTC program, each step of the planning, designing, building and programming process must be carefully documented by the students in an engineering notebook. On tournament day, teams submit their notebooks to the judges for them to see how the teams have reached decisions, built, tested, adjusted and, when necessary, redesigned their robots.

During the robot game, two teams work together to score as many points as possible.

The game consists of a 30-second autonomous period when the robot has to carry out pre-programmed tasks with no user intervention. This is followed by a two-and-a-half minute TeleOp period where students control their robots using programmed game pads.

Each period has different ways of scoring points and the total points earned is added at the end of the match. An important aspect of the game is for teams to carefully observe each of the other robots and team strategies so when it comes time to choose alliance partners they know which challenges each robot is capable of completing. Sometimes the highest scoring team does not have a robot that complements another robot the best. Each team has to be able to analyze the strengths and weaknesses of different designs and select a team that they feel they are capable of scoring the maximum points with when working together in an alliance.

SMUS had four teams participating. These teams were made up of a mix of Grade 9-12 students, some brand new to robotics and some more experienced members. In addition to participating in the tournament, many of the robotics students participated in outreach activities including leading programming, building, and engineering notebook workshops for rookie teams, and volunteered at other local robotics competitions.

All of the teams, and robots, performed admirably, with the Grade 11/12 team making it right to the final match and securing a second place finish overall in BC! Congratulations to all of our students. 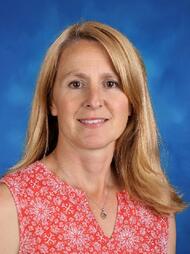 Students created their own mini golf course to build new skills and learn about the...
Read
More news