Through Their Eyes: Exploring the Past from Multiple Perspectives 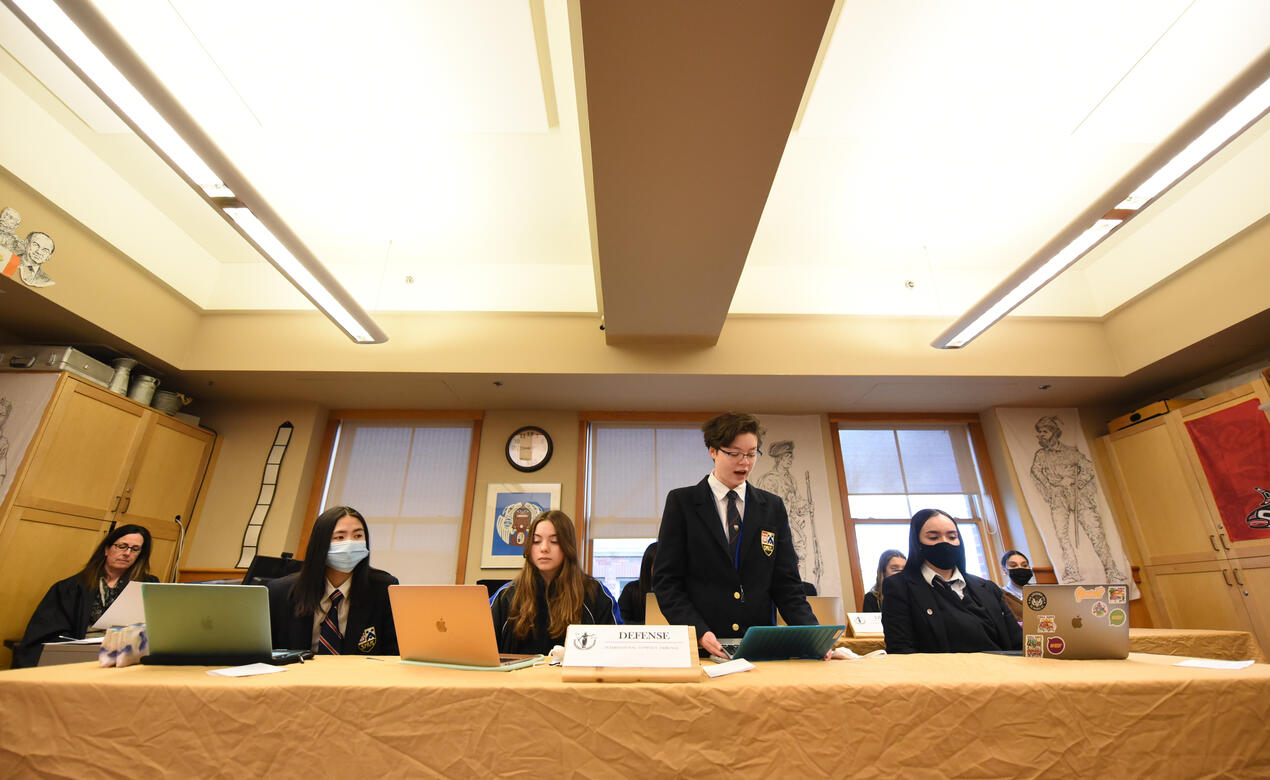 Editor’s note: The author of this piece, Senior School social studies teacher David Lynch ’98, was named a 2020 finalist for the Governor General's History Award for Excellence in Teaching. He was recognized for his and his colleagues’ work redesigning SMUS’s Grade 10 Social Studies course around a year-long project called Through Their Eyes, the details of which are outlined below.

All great men, surely? So then is history determined by great men? Are they the ones that make events happen?

That’s certainly what 19th-century historian Thomas Carlyle thought. Others, though, have famously disagreed. Karl Marx believed that even great men are constrained by larger forces: “Men make their own history, but do not make it as they please,” he wrote. Rather, their actions are shaped, he claimed, by “circumstances existing already, given and transmitted from the past.” In other words, context matters.

Let’s be honest, we have long been fascinated by the tales of the high and mighty. Visit your local bookstore and you’ll find shelves full of best-selling biographies of famous individuals. Check out your news feed and it’s hard to avoid stories about Harry and Meghan. Watch the 2017 film Darkest Hour and it’s easy to think that Winston Churchill, for all his foibles, single-handedly saved the free world in 1940.

This same tendency to focus on the “great men” of history has traditionally coloured our approach to the past. Think back to when you were in high school, learning about history. If you were educated in Canada, you were probably taught about the past as a series of significant decisions made by significant people… scratch that: significant men. Or more accurately: significant white men (with maybe the occasional Joan of Arc or Laura Secord thrown in for variety).

As for what events were considered “significant” and worthy of memorizing, the list was probably dominated by political or military developments: revolutions, proclamations, battles and treaties.

Battle of Marathon. The Declaration of Independence. The Treaty of Versailles. D-Day.

This sort of ‘traditional’ approach poses several potential problems. For one thing, it reveals only a fraction of the wider story. Not only that, it also gives students a skewed sense of how change really occurs. Indeed, the views, experiences and actions of ordinary people are all but ignored, depriving them of agency (their very real ability to affect events with their personal and/or collective action). Robbed of the chance to understand what everyday life was like – or what those of another background or culture experienced – students would also find it more difficult to feel historical empathy, a crucial prerequisite for grasping the ‘whys’ and ‘hows’ of historical cause and consequence. This sort of narrow-minded history can also be disempowering for those outside of the dominant class or culture, as they fail to recognize anyone they can relate to, and thus are more likely to disengage.

The good news is that we have learned from the past. And we have made major changes.

Enter a SMUS social studies class today, and you will see a much more nuanced, sophisticated and multi-dimensional narrative being explored. The “great men” and their famous victories haven’t disappeared but they no longer dominate the stage. They’ve had to make room for a much more diverse range of events, experiences and perspectives. Influential indigenous leaders, determined female activists and pioneering people of colour now appear alongside the mundane (but authentic) trials and tribulations of the most ordinary of people. For, as acclaimed documentarian Ken Burns puts it, “the best history is the place where so-called ordinary people exist.”

This effort to diversify our narrative has been intentional, and in some cases, very explicit. In Socials 10, for instance, multiple perspectives have been embedded at the core of the course, in the form of a year-long project entitled, appropriately, Through Their Eyes. At the start of each unit of study, students are assigned a real-life Canadian from a different demographic. By the end of the year they might have met:

As they research their assigned characters, students naturally learn more about their wider historical contexts. Looking “through their eyes,” students encounter major events and significant players, but also come across the little details that flesh out everyday life.

Meeting real Canadians from the past also helps to humanize events that might otherwise feel large or impersonal – or even inevitable. Colonialism, for instance, becomes far more real when one explores the tragic life of Chanie Wenjack, an Anishinaabe boy who died of exposure while trying to flee from his Ontario residential school. But the story of Sandra Lovelace Nicholas, a Maliseet woman who successfully lobbied against sexist provisions of the Indian Act, also demonstrates the power of individuals to affect positive change.

The more students get to know their characters, the more they can empathize with them, grasp their motivations, and appreciate the conditions they were facing. This allows students to better understand why things happened the way they did. It also makes them less susceptible to presentism, the mistaken assumption that people in the past thought exactly like we do today. For as the old saying goes, “The past is a foreign country… they do things differently there.”

The (extra)ordinary Canadians of Through Their Eyes also serve as natural case studies, allowing students to compare and contrast their experiences – both to those of other Canadians, and to wider, prevailing narratives.

Did my characters react and behave like others? Did they live typical lives?

Do we need to rethink some of our assumptions about their times?

Might we even need to rework the existing narratives altogether?

Indeed, the deeper thinking really kicks in when our students are tasked, in each unit, with a different historiographic challenge. Their characters become the evidence they need to explore a particular historical thinking concept like “significance” or “perspective.” Each round of the project provides firsthand experience with the processes of history: how knowledge of the past is created, questioned, and refined.

By acting as social scientists themselves, and by drawing upon their characters to engage with various critical thinking challenges, our students learn that studying the past is about more than memorization. It’s a window into the social sciences. A way of thinking. An approach that equips students to grapple with evidence, think critically, and respond thoughtfully to the challenges of the past, present and future.

It’s possible, of course, that one day the “great men” may again dominate our history. But how likely is that, with students trained to think critically and challenge imperfect narratives?

Surely even Darwin would approve of such an evolution...or might he just feel under-appreciated? Now there’s a good question for class! 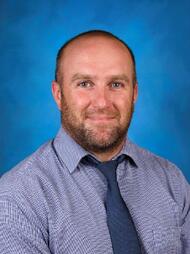 David Lynch '98 teaches social studies at the St. Michaels University School Senior School. He holds a master’s degree in history, specializing in the history of Indigenous-Settler relations on Vancouver Island’s far West Coast. He is also a member of SMUS’s Equity, Diversity and Inclusion Advisory Committee, composed of students, alumni, parents and faculty.

As we honour the veterans who fought for our country, history teacher David Lynch highlights...
Read