Why Do We Wear Orange Shirts?

Student Voices stories are written by SMUS students on topics and issues that are important to them. Grace Vickers and Dewi Wahono originally delivered this as a speech during Senior School Chapel.

My name is Grace Vickers, I am from the Tsimshian nation, which are the people of the Pacific Northwest Territory. I belong to the Kitkatla band and was adopted into the Gitxsan community upon moving to a small town in the northern interior of BC called Hazelton. I’ve taken part in just about everything, from potlatches to traditional sweats to storytellings by the infamous Roy Henry Vickers. I’m lucky to have Indigenous blood and to be a part of such rich culture. I attended Majagaleehl Gali Aks Elementary from Kindergarten to Grade 7 then Hazelton Secondary from Grades 8 to 10, where the majority of the student body had relatives who attended residential school as children, including my father and his father before him. I’m not a token, or mascot, to represent the diversity groups at St. Michaels University School; I want to be a voice for my culture. Growing up, it was apparent there were issues with staff, parent and student behaviour stemming from residential schools and intergenerational trauma. It was an unspoken issue that affected the education and well-being for many students. On Orange Shirt Day, the speeches and stories of survivors brought tears to many: from a community elder who’d gone deaf in one ear as a child from being beaten for speaking her language, to others who weren’t even able to mutter the words, but instead stood and re-lived their trauma before our eyes. We want to share the history of residential schools, and the genocide and idea “to take the indian out of the child,” a trauma insinuated and burned into Indigenous nations.

My name is Dewi Wahono and I am in no way related to the Indigenous peoples of Canada by blood or lineage. I’m speaking out about Indigenous history and injustices because, like many others, I’m learning how to be an advocate for Indigenous issues. I believe the focus of uplifting Indigenous voices must not be forgotten, we collectively need to be supporting and advocating for Indigenous issues, no matter our class, race or gender.

With the Indian Act of 1876, residential schools were set in place and funded by the Canadian government and administered by the churches, ages 4-16 of “150,000 Métis, Inuit and First Nations children” were sent to be stripped of their culture and forced to dress and speak that of a foreign language. The Canadian Encyclopedia estimates that at least 3,200 children reportedly died in residential schools. However, this does not account for the hundreds of files and records that were destroyed, some estimate that the number may even be as high as 6,000 deaths. SMUS’s Senior School population was at about 600 students in 2019. The deaths of children in residential schools could be as high as our student population 10 times over.

The parents of these children couldn’t even mourn properly as they weren’t even informed their children had passed away, until they never came home. The schools sought to separate Indigenous children from their families, force them to speak English or French instead of their ancestral languages; to disconnect them from their culture and traditions, forcing them to adopt Christianity in order to assimilate into Canadian society. The government has since acknowledged that this approach was wrong, cruel and ineffective, and it has offered an official apology to the Indigenous people of Canada in 2008.”

Residential schools only ended in the 1990s, 1996 to be precise, which is why respecting and understanding Orange Shirt Day is extremely important. We have to continually pay reparations to Indigenous peoples of Canada, not only in monetary value but also our respect for the Indigenous peoples and recognizing the historic and current injustices. This is not ancient history, it is a current event. The Canadian government has admitted in their official apology that residential school was one of many tools used to commit the genocide of Indigenous culture. The neglect, torture, and deaths of thousands of children, and the intergenerational trauma that still persists today haunts many First Nations.

Here is the story of Phyllis Webstad and the history of Orange Shirt Day.

Phyllis was living on the Dog Creek Reserve with her grandmother, and after turning six years old, her grandmother bought her a brand new orange shirt for her first day of school at the St. Joseph’s Mission Residential School. As the children arrived, teachers stripped every child of their clothes, including Phyllis’s brand new shirt from her grandmother. Society turned a blind eye as brothers and sisters of St. Joseph’s molested, “disciplined,” and neglected young children. There were even accusations of impregnating young First Nations girls. This history makes many uneasy and uncomfortable. It's difficult to share this information but it must not be covered up. The majority of abusers from all residential schools were never apprehended. Phyllis said, “I didn’t understand why they wouldn’t give [the shirt] back to me, it was mine! The colour orange has always reminded me of that and how my feelings didn’t matter, how no one cared and how I felt like I was worth nothing. All of us little children were crying and no one cared.”

While St. Joseph’s was worse than many other schools, it was by no means the worst. The children forced to attend residential schools faced constant mental, emotional, sexual and physical abuse. They were punished for speaking their language (most of them knew no other), medical experiments were conducted on helpless children (without any form of painkiller), they weren’t allowed to speak to their parents or siblings, they were underfed and given old or inedible food, then ignored when they developed illnesses like malnourishment, tuberculosis and typhoid. That barely skims the surface. Phyllis’s orange shirt was a gift that was stolen and never returned; it is now a symbol for First Nations culture, spreading awareness and helping some survivors come forward with their stories. It also, of course, is a symbolic acknowledgement of the cultural genocide and pain inflicted on Indigenous peoples in our history.

What can we do from here? SMUS has a long way to go. It’s obvious that the student population of SMUS does not accurately represent our push for diversity or representation. At the same time, the school is actively working towards integrating Indigenous students into our school community while respecting and being mindful of their culture. The faculty is constantly working hard to improve SMUS every year. And the student body has a large role to play. If we collectively organize events about our culture and identities and we remain dedicated and inclusive, SMUS will constantly progress. 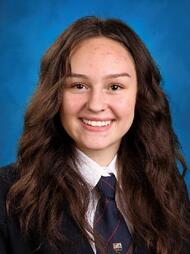 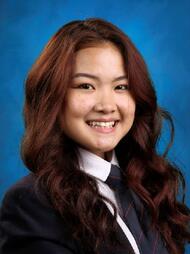