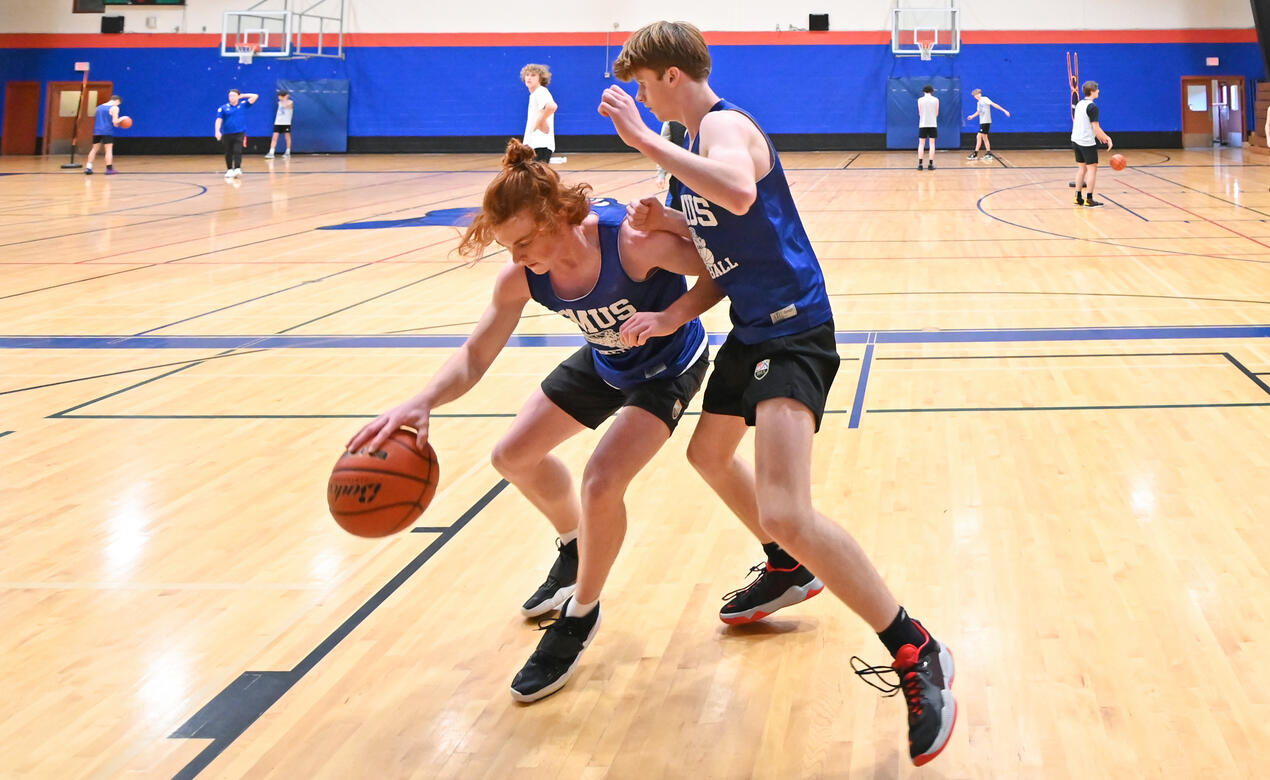 The fall term came and went, winter holidays took place all over the world, and a new year started. Despite the break, over the past month SMUS athletics have continued apace, with basketball front and centre.

The Junior Girls, led by Charlie Anderson and Olivia Pickering, won two key league games and the GP Vanier Invitational prior to the break before then finishing 2-1 in a series of new year exhibitions versus mainland opponents. Wins over R.E. Mountain and St. Thomas More sandwiched a narrow loss to MEI, with the team in a good space ahead of a busy January.

The Senior Girls, also unbeaten in league action, ploughed through an exhaustive month of high level tournament play. The team finished 2-2 in the Victoria Christmas classic, following a frustrating loss to McMath.

Then, minus Makena Anderson sidelined by an ankle injury, the AAA No. 3 Blue Jags went 1-3 in the prestigious Tsumura Invitational in Langley. Nonetheless, several players, such as Alex Motherwell, made the most of extended court time. Point guard Avery Geddes enjoyed a fine tournament.

In the new year, the team then won the MEI tournament. Anderson's return kickstarted the offence, with her 34 points in a 70-69 semi-final thriller versus BC AAAA No.2-ranked Walnut Grove the standoutof three impressive victories.

Up ahead is another visit to Vancouver for the BC Top 10 event. In the cards is a possible quarterfinal showdown versus AAA No. 1 Abbotsford.

The Grade 9 Boys remained unbeaten thanks to a narrow league 45-39 victory against Stelly's. The team then edged out a talented Pacific Academy side 61-58 in exhibition play. Dani Pelyhe, Declan Longridge, and Henry Williamson have been prominent. The schedule now becomes more demanding, with away games versus GW Graham, Vancouver College, Collingwood and St. George’s on the docket.

The Junior Boys endured a difficult stretch in mid-December, dropping hotly contested league games against Belmont and Lambrick Park before finishing 0-3 in the Oak Bay tournament. However, the squad looks to be rounding into form, as evidenced by a solid 52-35 victory over McMath. Certainly, there is now much to play for, with the local and Island competitions wide open in advance of provincials.

At the Senior Boys level, the holiday highlight was a scrappy comeback victory over a talented Yale team, before an appearance at a stacked UVic Vikes Alumni tournament. Still ranked AA No. 2 in the most recent BC poll, the Blue Jags, led by Kian Colgate and Oscar Lau, look forward to a key matchup against Nanaimo’s John Barsby.

News from the basketball court and soccer field, along with athlete updates on the rugby...
Read
More news