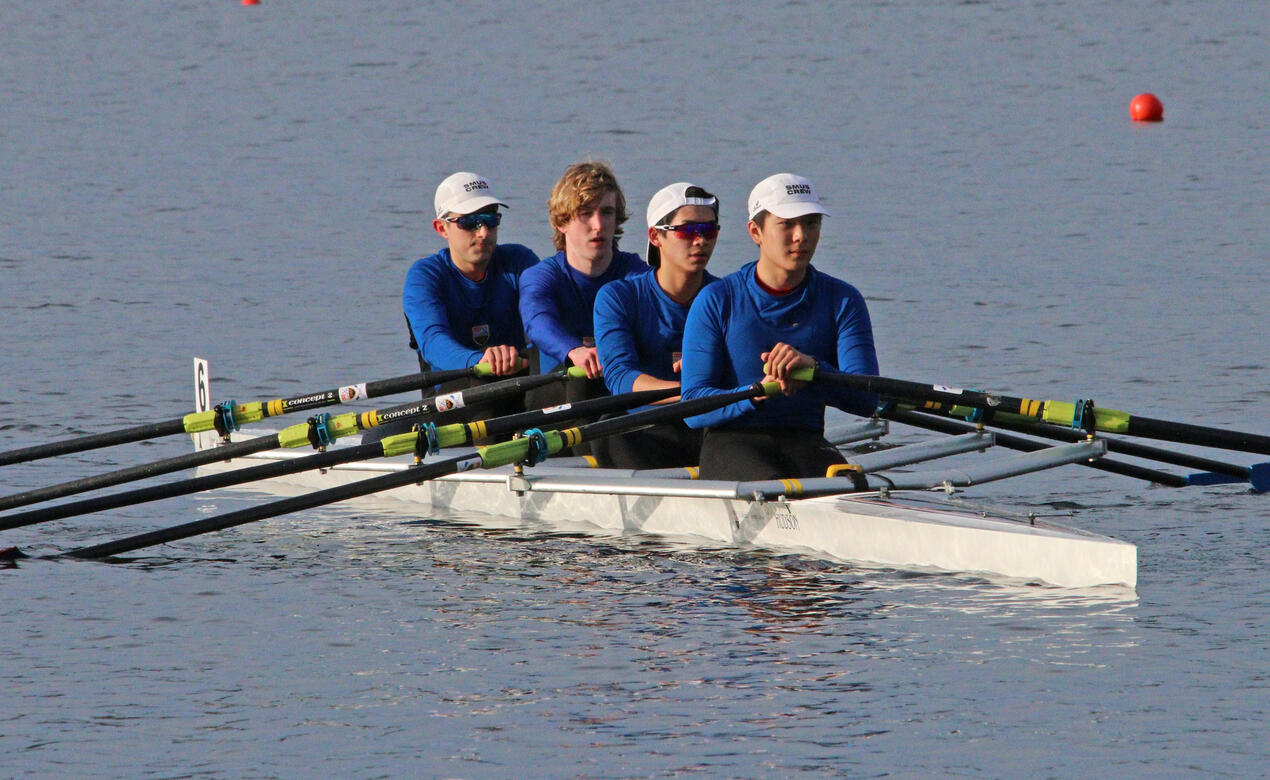 The final week before Spring Break brought the end of our winter sports season, and the start of spring competitions.

The basketball season came to conclusion in mid-March with all eligible Senior School teams qualifying for provincial championships in the same year - a first in school history! In the end, there was the usual mix of results, from joy and success to heartbreak and disappointment.

The Junior Girls entered the provincial event undefeated in the season and ranked No. 1 in BC. A comprehensive opening-round victory versus Notre Dame set the stage for what was expected to be an equally straightforward quarterfinal win over Little Flower Academy. Certainly a 24-8 lead early in the third quarter suggested all was in order. However, sport inevitably throws up many twists and turns. Foul trouble and ball-handling errors mounted as LFA slowly gained momentum. In the end, SMUS’s dreams of a BC crown evaporated with a totally unexpected 51-45 defeat.

The team did bounce back to beat Reynolds and Pacific Academy, finishing the tournament in fifth place. Chioma Duru was named a tournament All-Star, with the loss to LFA the sole blemish on a 27-1 overall season record.

Meanwhile, the Senior Girls opened their provincial account with two solid wins, dropping both Collingwood and Notre Dame. Then the Blue Jags took on No. 1 seed and favoured Langley Christian School. A superbly played contest went back and forth, with a Makena Anderson trifecta giving SMUS a five-point lead with 1:30 remaining.

To the great credit of LCS, their players executed perfectly down the stretch, hitting a deep three and two layups to win 56-55. A last-gasp Avery Geddes jumper just failed to connect as the final buzzer sounded.

Undeterred and swallowing any disappointment, SMUS bounced back the following afternoon to overpower York House 56-36 and claim the bronze medal. Anderson and Geddes were named to the tournament All-Star team, while Brianne McLeish and Charlotte Hardy also shone in what was an excellent all-round team effort.

On the boys side, with an impressive 6th-place finish by the Juniors already in the book, the Grade 8 Boys exceeded all expectations with a gutsy, battling effort in their BC finals. After an opening win over Byrne Creek, the team overcame a 14-point third-quarter deficit to upend No. 2-ranked Johnson Heights. There was more to follow, with the Blue Jags then upsetting Enver Creek in the semi-final. The championship game proved a bridge too far, as a powerful Vancouver College side took control early. Nonetheless, a silver medal represented a simply outstanding team achievement. Through all four games, Dani P. and Eliot T. were in top form and thoroughly deserved their All-Star billing.

At the Grade 9 Boys level, fresh off an exciting Island title, the team went 2-2 at the BCs. A slow start in round one versus Burnaby Central proved too much to overcome, though the team then turned in its best two performances of the season, defeating McMath and Burnaby Mountain en route to an 8th-place finish. Elliot Mairet and Davis Hardy both had their moments, as did top scorer Zaki Pelyhe.

Unfortunately, some of the magic on tap at the lower levels could not be captured by the Senior Boys. The team failed to find the energy evident at the Island tournament 10 days earlier, dropping all three of their games at the end. A rash of season-ending injuries played some part in this, even though three Grade 10s – Kian Colgate, Damon Bains and Camilo Libreros Rios – filled in admirably at short notice. Hopefully, the provincial experience will be of benefit moving ahead, with many current Grade 10 and 11 players in contention for next year’s squad.

Our competitive rowing team competed in the Elk Lake Spring Regatta, the first such outing in two years. For the vast majority of the SMUS team, the event was a brand new experience. Mother Nature cooperated with warm, sunny weather, allowing all races to start and finish on time. Nineteen clubs from the Island, Lower Mainland and even as far away as California took part.

Next up is the Quamichan Lake Regatta on April 9.

Off the court and off the water, the rugby campaign got underway. The Senior Boys and Junior Boys sides dropped games to both Brentwood and Oak Bay. However, many players brand new to the sport gained invaluable experience, which should bear fruit come the spring term.

The girls soccer season got underway and the Blue Jags made an impressive start to league play. Brianne McLeish (4) and Talia Pike (2) paced the attack as the Seniors Girls stormed to a 7-1 victory over Stelly’s. At the Junior Girls level, a Joss Olcen hat trick, as well as single goals by Sophia Eiley and Julia Rothwell, secured a dominant 5-0 win over Royal Bay.