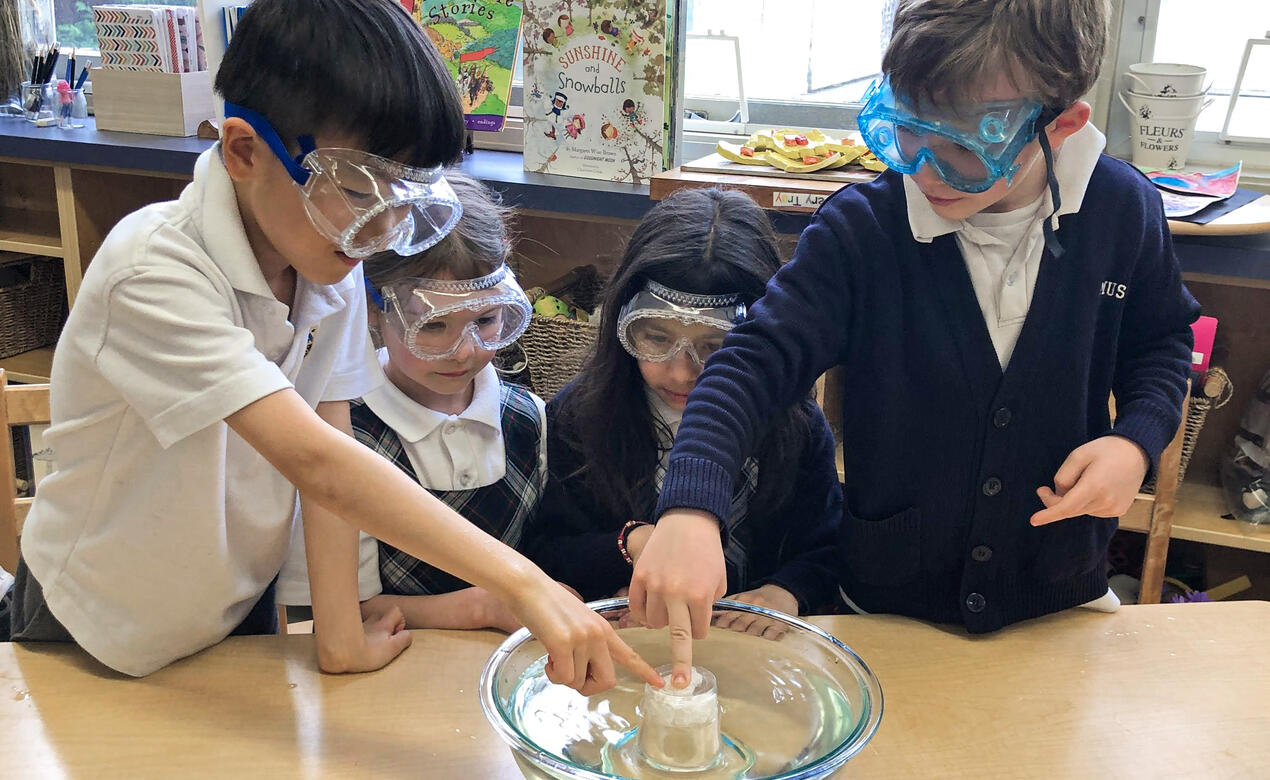 How long will it take a coin to sink to the bottom of a cup filled with different liquids? In which liquid does the coin sink the slowest?

Armed with a timer, a coin and four cups – filled with water, dish soap, cooking oil or corn syrup – Grade 1 students were challenged to hypothesize, research and experiment to learn about matter.

“Matter is everywhere around us,” says Thomas.

“Matter is a gas, a liquid or a solid,” adds Neha.

And while the lesson plan for the Grade 1 classes was initially going to be high level, the students were curious and passionate to dive deeper and deeper, to the point where they recently hosted their own science fair to teach their schoolmates about matter.

“Your heart grows as a teacher when you see this joy of learning. It would have been one thing if we had done a lesson on the carpet and talked about matter, but for them to want to conduct the experiments themselves and learn about the science, and then add a third layer of teaching the Kindergarteners – that’s really amazing,” says Grade 1 associate teacher Brooke Kray.

“We were just going with what they were interested in and what they were asking questions about. And it just turned into a whole science fair,” says Grade 1 teacher Anne-Marie O’Donnell. “They were the ones who asked to do the science projects and they were the ones who really pushed it forward. The students really wanted to take that knowledge and teach the Kindergarteners, and turn it into something they were really proud of.”

Students were divided into small groups and conducted one of four matter-focused science experiments: Race to the Bottom, Air is Everywhere, Raisin Elevators or Still Here.

Race to the Bottom, the experiment involving the four liquids, was exciting for the students.

“The best thing I learned was that it took less than one second [for the coin to fall] in the water. I was surprised at how slow some of them could go, too,” says Ben.

Air is Everywhere saw the young scientists crumple up a piece of paper towel, put it in a cup and submerge the cup upside-down in a bowl full of water. 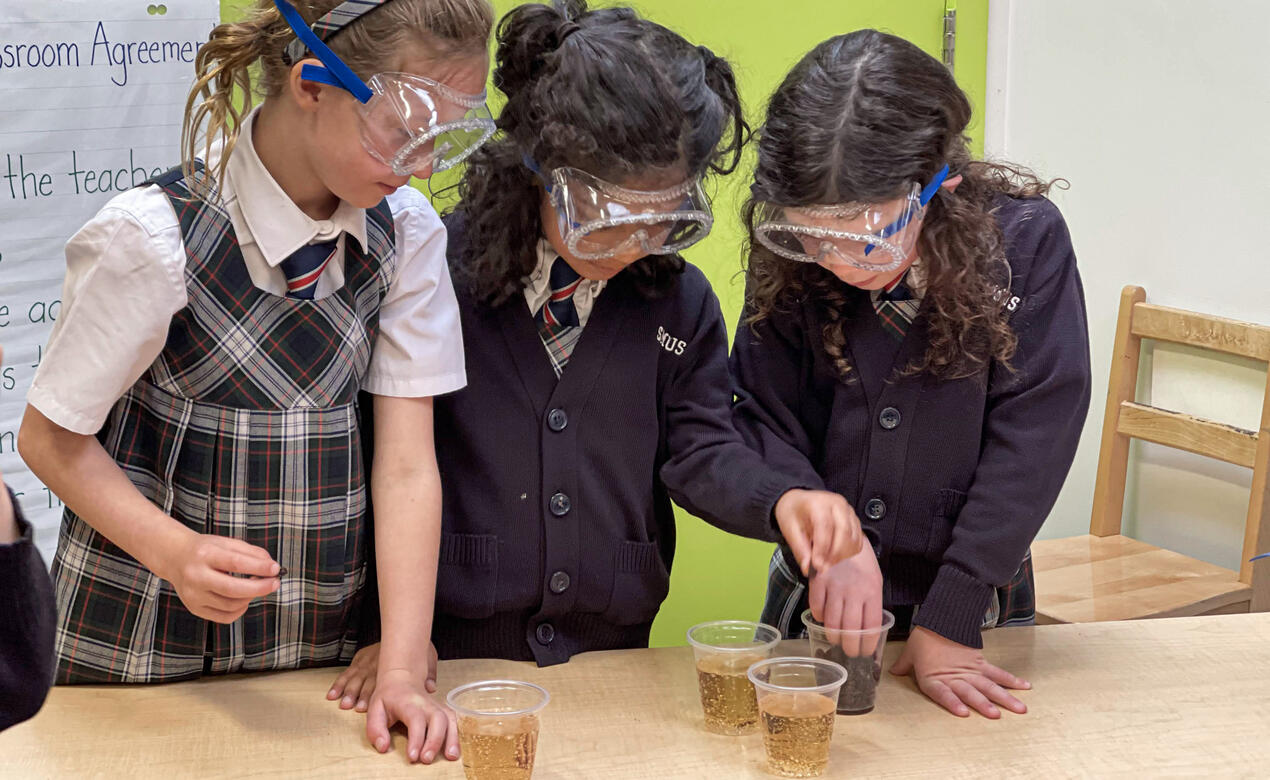 The scientists conducting the Raisin Elevators experiment dropped raisins into a cup of ginger ale which, much to their delight, results in the raisins floating up and sinking back down over and over again.

“Then when it gets to the top, the bubbles pop and then it sinks back down and it’s constantly doing that because then it hits other bubbles, which makes that one go up again,” adds Ben.

Still Here – also known as Salt Crystals – involved dissolving Epsom salts in water, then using a paintbrush to paint with the salt water on black paper. When the water evaporates, it leaves the salt crystals behind.

“The salt is a solid, and then you put it in the cup and it dissolves and it looks like nothing is there anymore,” says Finn. “Then you paint with it and let it sit for a bit, and when you come back to it it’s back to being solid, which is the crystals on the paper.”

In addition to wanting to spend more time learning about matter and conducting the experiments, the Grade 1 students kept asking questions to learn more about why certain matter behaves the way it does during the experiments. That was a crucial piece for them as they taught their Kindergarten peers these science experiments.

“Their capacity for knowledge is far beyond what most people would expect of a six year old. Their curiosity allows them to really be able to understand ideas and concepts that seem more complicated than what a Grade 1 student would be able to explain,” Brooke says.

“That’s one of the key Reggio Emilia pieces: recognizing and honouring how capable they are as learners,” adds Anne-Marie.

The Grade 1 students were able to explain – using terms like molecules and non-Newtonian fluid – why the results of their experiment were what they were. For example, why the coin sinks slowest in corn syrup.

Adds Ben: “All of the molecules were holding together, so it had a harder surface. But once the surface broke, the coin could fall through the middle of the corn syrup.”

Anne-Marie and Brooke both say they were incredibly impressed by each student's ability to ask thoughtful questions, understand and retain what they learned, and then articulate their learning with such confidence.

“With that kind of learning – having hands-on opportunities – they get so much more out of it than a one-off lesson or a group lesson,” Brooke says.

“When you allow children to be curious it really does make the learning deeper because it comes from them; they’re going to get so much more out of it,” Anne-Marie says. “They take ownership over their own learning when they can ask the question and answer it themselves; not because the teacher is saying, ‘You need to know this,’ but because they’re coming in with their own questions and they’re driven to find the answers. It’s really intrinsic as they start to demonstrate that they have this internal desire for knowledge and learning.” 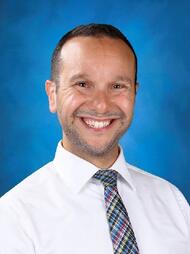 Enjoy watching the full Grade 5 Closing Ceremony, held to mark the end of a...
Read