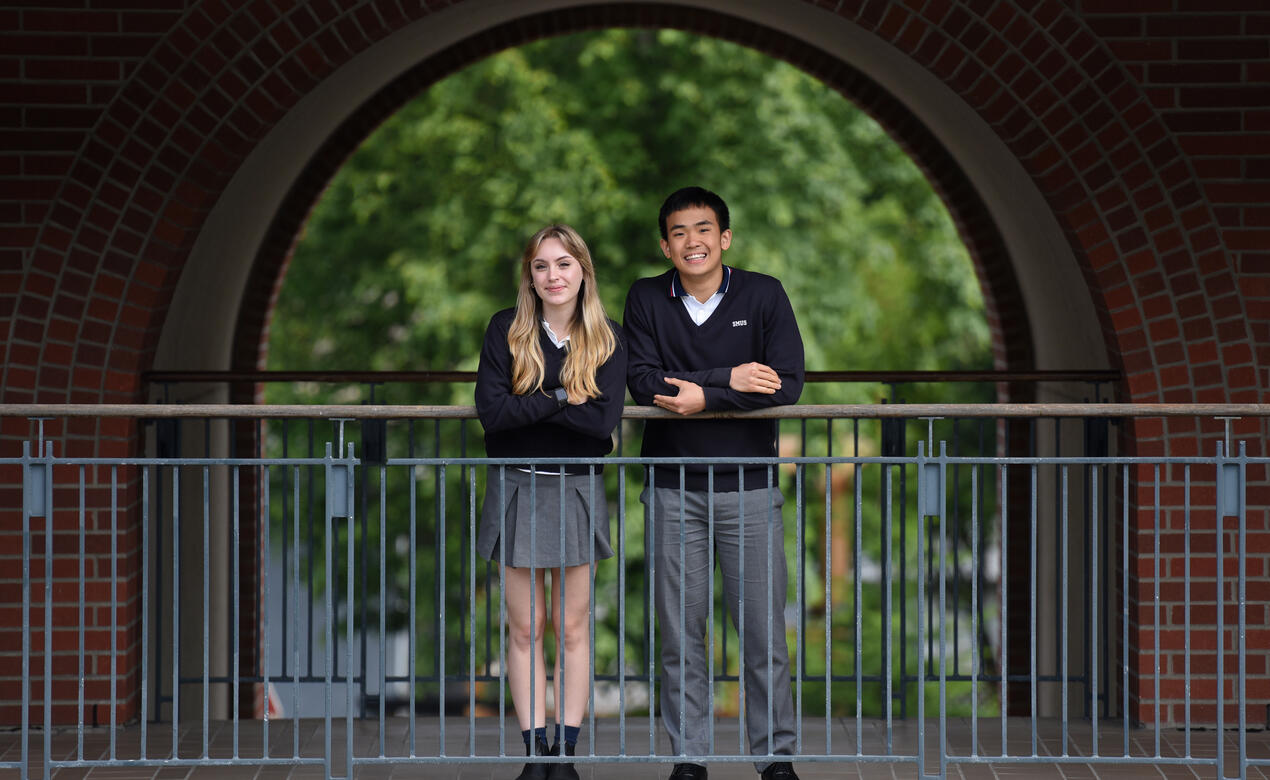 It’s funny looking back to last May. The first time we met was when we both found out we were elected as this year’s Head Prefects. We were essentially strangers both granted demanding roles with high hopes and big shoes to fill. Like many of us, we were anxiously waiting through the summer to see what the coming year would bring. These past 10 months have gone by faster than we could have ever imagined and to say this year has been a rollercoaster ride would be an understatement.

We started the year with big ambitions, hoping to foster positive changes within the school and bring back the normalcy that we all longed for. More than anything, this year has taught us the importance of flexibility.

The first time we stood in front of the school at the first assembly of the year, we were honestly both terrified. We had stayed up the night before practicing our cues and writing out a little script to put in our blazer pockets in case we forgot what to say. At recess, we met again to go over everything one last time. However, as the year went on, we grew to become more comfortable with speaking in front of the school crowd, thinking on our feet and squeezing last minute announcements into our assembly Google Slides. Much like how, as a school community, we’ve all learned to be flexible, even when it was far from easy.

There were things we had to let go of this year. We missed out on events like the huge All-School Holiday Assembly and there were portions of the year when we thought we might even go back online. Yet, somehow, we all still found ways to adjust, to celebrate and to find fun in the little moments.

We’ll look back fondly on lively class discussions, laughter from the Sun Centre couches and last minute study sessions. As a Prefect Council, we feel very proud of all that we were able to accomplish with our team in areas of spirit, wellness and EDI – from events in the quad, workshops and seminars, to conversations with students, and small changes here and there. We’ll look back on the opportunities we had to connect with the Junior and Middle School to speak with students. Even during our brief visits, we witnessed the endless vibrancy and resilience of our younger grades that hasn’t faltered amid the pandemic.

Now, as we approach the end of June, we look back on the year and are incredibly thankful for how far we’ve come and just how much closer we are to that desired normalcy.

Through it all, the two of us have shifted from near-strangers to good friends. We learned to trust one another and to lean on each other when we needed to. We learned when to step up and when to let others take the lead. We learned that weekly assemblies don’t need nearly as much preparation as we had originally thought.

It has been such an honour to be elected leaders this year. We look forward to watching how our community continues to adjust and grow, and all the beautiful things that will come of it. Vivat, for one last time!

On behalf of the school, we would like to thank Jonathan and Devon for their incredible leadership through the 2021-22 school year. They, and the rest of the Prefect Council, have been great role models for our whole school community.

The pair was awarded SMUS's Nation Bowl during the Graduation Ceremony, an award for students who demonstrate social responsibility, moral responsibility, a willingness to act, kindness, a desire to shape community, and an awareness of impact on community. Jonathan also earned the Carol Lobb Award, as a multi-sport athlete who demonstrates excellence in athletics, does well academically and contributes to the school community.

Congratulations to these two amazing graduates.

To mark the end of their time at SMUS, we've created a short video documenting...
Read