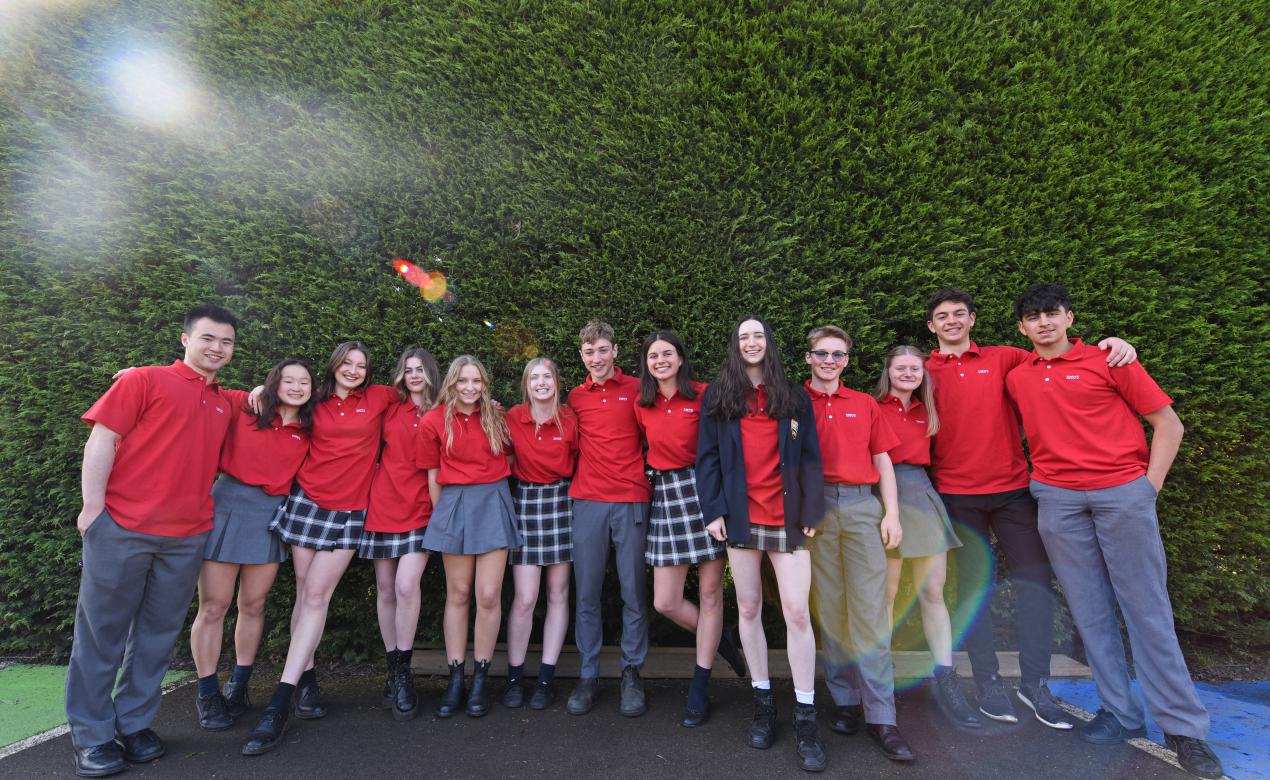 This week our Lifers returned to the Junior School to participate in a special assembly in their honour.

Our Lifers – Grade 12 students who have been at our school since Kindergarten or Grade 1 – returned to where their SMUS education began and each received a red polo shirt identical to the one that was part of their Kindergarten uniform... just a couple sizes bigger.

During the assembly, each of the Lifers shared with the younger students a memory or two from their time at the Junior School.

Below, read some of the fond memories our Grade 12 Lifers say stand out as highlights:

"A memory that really stands out for me is Ms. Lincoln would do these "silent cheers" whenever something really exciting happened, and she always wore these bracelets and they were really loud so the cheers weren't really silent. I thought those were just an amazing way to congratulate us for the little things we'd done." – Alex

"The thing I remember the most about the Junior School was in Kindergarten we had this little raccoon, Chester, and you got to take it home and you got to bring something to put in his little box. And I remember you always wanted to take home Chester!" – Marcus

"My story is also about Chester! When I was in Kindergarten, I accidentally got injured and my face got all scraped up. I think Ms. Lincoln felt really bad for me so she let me take Chester home for Spring Break, and I had him for the whole three weeks. But what nobody actually knows is that I lost him! Luckily I found him; it turned out my brother was just hiding him. And now Chester is still here today!" – Sofia 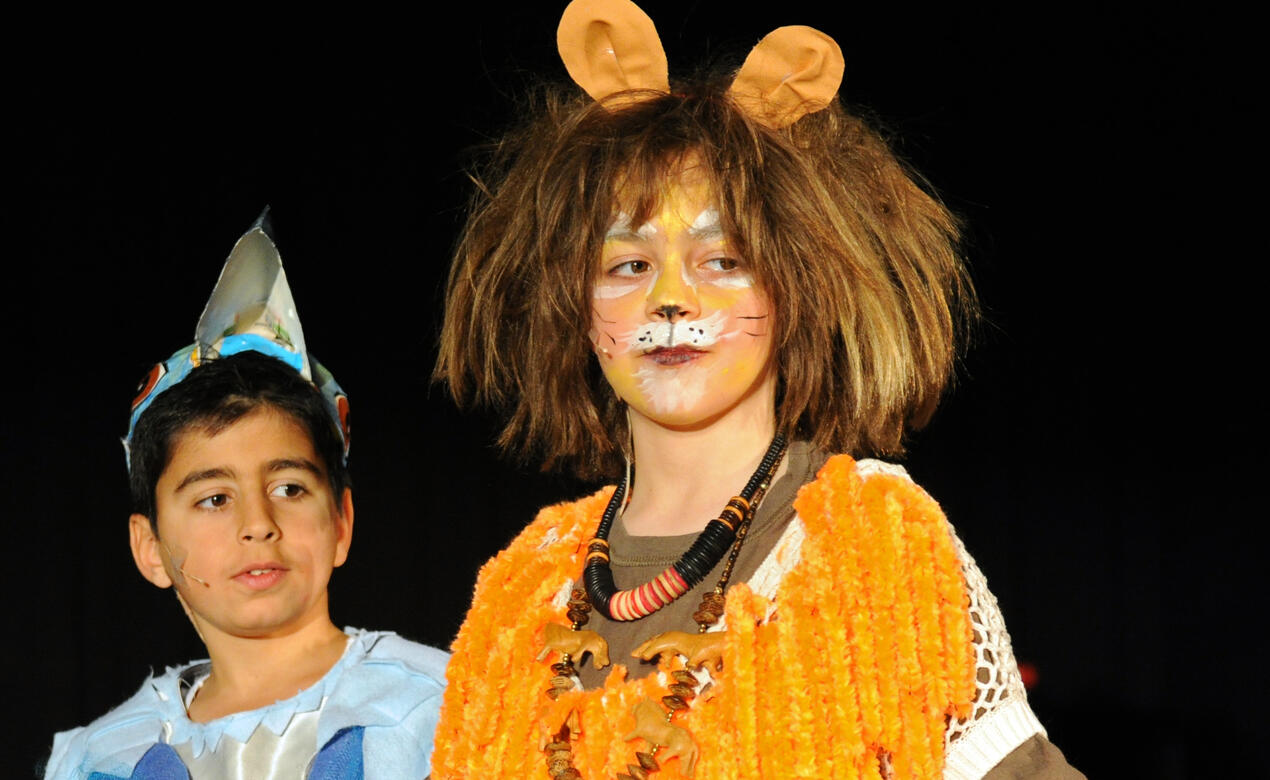 "I used to have long hair for all my years at the Junior School. My favourite moment from the Junior School was when we were doing the Grade 5 musical and we had this crazy idea to come through the door waving our blazers around during the middle of a musical performance. And right after that I got my hair sprayed and puffed out and they made me look like a lion for my performance from The Lion King. That took like a day to get out of my hair – all the knots!" – David

"In Kindergarten we had house points, so if you did really well you got points to your houses. I remember Mr. Barber 'allegedly' rigged the points and our house won, and we got to have lunch in the gym, and we got a movie and gummy worms. Go Parkyn House!" – Emma

"My favourite memory is the progression from the stone jar to the warm fuzzy jar to the bean jar in Grade 2. The stone jar had about eight stones in it and it filled up pretty quickly. And then by Grade 2 the bean jar, I don't know how many hundreds of beans it had in it! I remember the excitement when we'd almost get there, and doing our absolute best to be the best possible students and you could finally fill it up and get a prize. That was really exciting!" – Jonah

[In Kindergarten, students who performed a good deed would get awarded by their teacher with a stone to put in the communal stone jar. When it was full, the class received a reward! In Grade 1, the warm fuzzy jar used cotton balls – meaning doing more good deeds were needed to fill up the jar. In Grade 2 and the bean jar, hundreds of good deeds were performed by students to earn the reward.]

"My favourite memory was the Grade 5 musical – I was cast as Snoopy in a few scenes. It was my first experience performing in a formal environment for an audience, and it was so enjoyable doing the production with my friends and teachers. I also credit it as the start of my interest in performing and public speaking." – Elliott

"What I remember most about my time at Junior School is I always had these passionate debates: soccer with Mr. Barber, hockey with Mr. Keil, football with Mr. Hawes. They were always so lively and intense. And also the teacher versus student basketball game in Grade 5 was a great highlight." – Sam

"When I was in Kindergarten we were all sitting at the table, and one of my friends had a pack of soy sauce. He was having some difficulty opening the soy sauce – one of those little packets you get from a sushi place. And he took his hand and he slapped the soy sauce container, and it went everywhere. I'm convinced there's still soy sauce in that Kindergarten classroom!" – Katie

"One of my favourite memories is there used to be a red and blue park bench outside, and a few friends and I would play hockey with the scoopers against our brothers two years younger than us. We would have these really intense hockey game series where we'd even change clothes so we wouldn't get holes in our pants. I remember I had holes in my shoes when I came home and my parents were always wondering where they came from, and I’d always tell them it was from hockey and they'd always look at me like I was crazy." – Christian

"I actually remember walking in to my first day of Grade 1, I was new here, and seeing Ava with her pigtails – and now we've been best friends for 12 years, so it's been a while. I also remember in Grade 1 we had a bug unit, and we had a presentation and we went to the Bug Zoo and I ended up eating two kinds of mealworms. It was for the experience so I can say I've done it. Would I do it again? Probably not!" – Anna 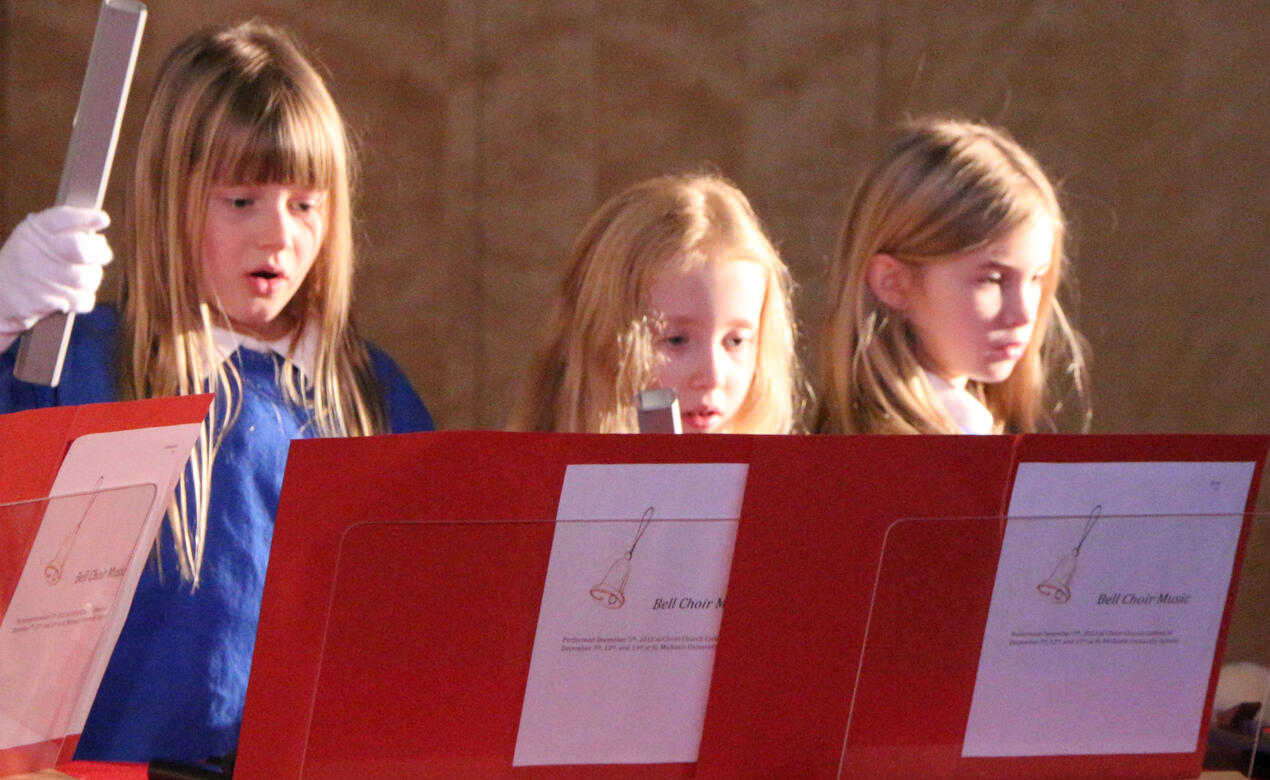 "One of my favourite memories from Junior School was bell choir. We would always go upstairs after school and practice pieces. It was always so exciting when we got to perform!" – Marina

"One of my favourite memories was the Grade 5 musical. I think that might be because you watch it every single year, and every single year you think, ‘They’re so big in Grade 5,’ and then you finally get to do it and it’s just as exciting as you think it’ll be. I did a song from Charlie and the Chocolate Factory and got all dressed up." – Nevaeh

"Although I have great memories of all my teachers, I specifically remember after-school care run by Cynthia and Barb. I was there after school every single day and we always had such a great time. I distinctly remember as it got into the later months when it got hotter, there was a metal chessboard out on one of the picnic tables that would get really hot, and so we always asked Barb to bring an egg to see if we could fry it on the chessboard. And a couple times she actually brought an egg! I don't remember if it fried, chances are it didn't, but it was always really exciting on hot days." – Ava