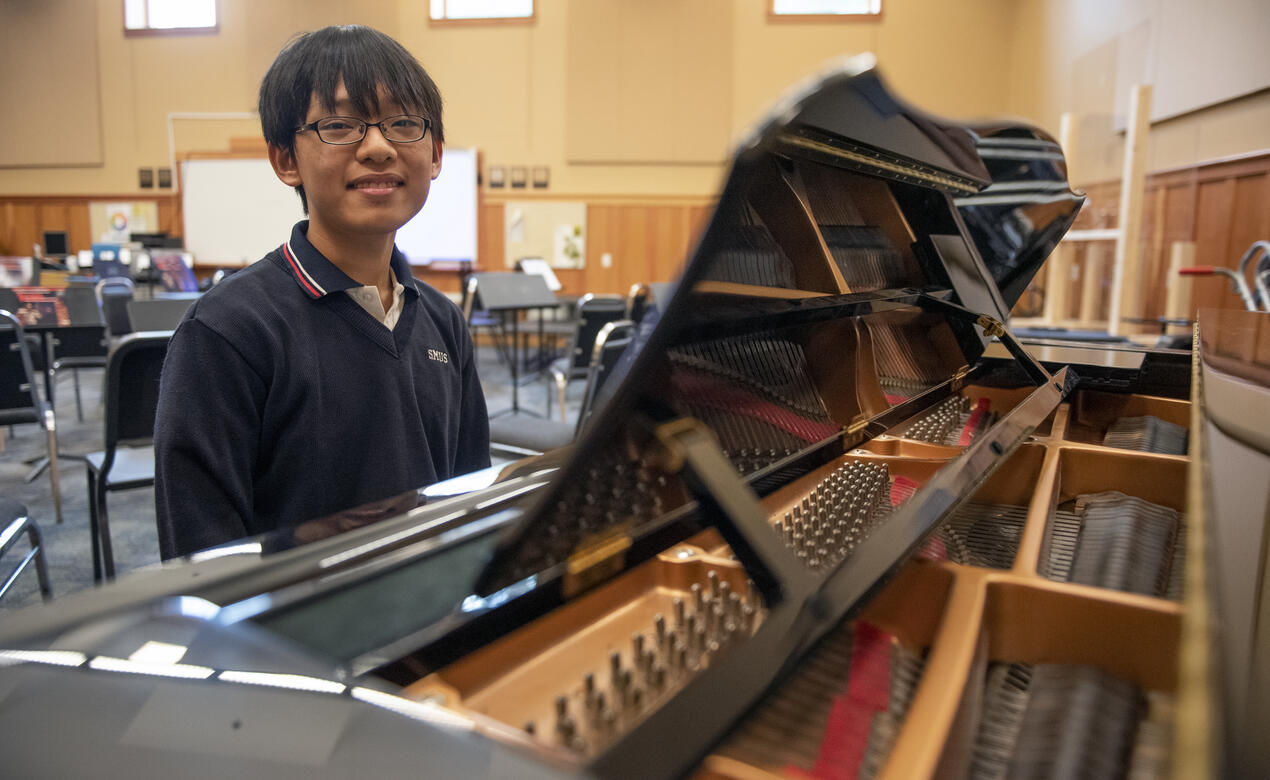 Senior School musician Eu-Rway Chew '24 was recently named the best pianist under 18 at Canada’s National Music Festival. He earned the title last month after earning one of the coveted spots by impressing the adjudicators at a local festival.

“I wasn't really expecting first place. I listened to the other musicians and they were all very, very good, but I’m happy and surprised that I won,” Eu-Rway says.

He performed three pieces for the competition – a Mozart Sonata, a Chopin Waltz, and Variations on a Theme of Paganini – and evidently impressed the adjudicators at the national level, too.

Eu-Rway has been playing piano for almost six years and says he initially chose it because it seemed like an easy instrument to learn. Since then, he says he’s really grown to love playing and love practicing.

“As I progressed, it became more of something I enjoyed and something where I could just forget about the outside world,” he says. “When you're practicing the piano, you really have to put your mind towards it; you can't be distracted. You want it to sound a certain way, and then you have to spend lots of time just trying to get each note to sound the way it's supposed to.”

Outside of school, Eu-Rway takes piano lessons through the Victoria Conservatory of Music.

The National Music Festival is hosted by The Federation of Canadian Music Festivals. Eu-Rway earned his spot at nationals while competing in the Greater Victoria Performing Arts Festival. This year’s festivals  were held remotely, with musicians pre-filming and submitting their performances.

For winning the Developing Artist piano category at the National Music Festival, Eu-Rway won a certificate of recognition, as well as a cash prize, which he says he’ll use to invest in a cryptocurrency.

Congratulations, Eu-Rway, on this well-deserved title!