In light of the resurgence of concern about discrimination rising from the killing of Minneapolis resident George Floyd and the subsequent international protests that created conversation within our community, School Chaplain Keven Fletcher was asked to offer a reflection. Through a video distributed to Senior School students and all staff, he hoped to supplement our thoughts and connect us back to who we are as a school. What follows is a transcript of his message.

Our school seeks the excellence in all of us, with passion and compassion. We are a community shaped by the pursuit of truth and goodness, providing outstanding preparation for life.

When I was 20 years old, I walked up to a BC Ferries ticket agent at the Horseshoe Bay terminal and handed her a counterfeit bill. She looked at me and said, "You know, I should call the police."

The previous night, my dorm had hosted an open party. It was our first so we didn't realize that if you don't keep your money table well lit, people might try to pass false currency. At the end of the evening, I turned in my receipts for supplies and I was paid back in cash from the till. The next morning, I got up very early and headed to the terminal. Striding up to the ticket booth, I pulled out my wallet and plucked out a bill, smiled, and handed it to the agent.

Although I had no idea of what I had done, she was well within her rights to call the police.

The darkest thought that passed through my mind was the recognition that I might miss the 7 am sailing. I had no doubt that I would be cleared of wrongdoing. I didn't worry about whether or not my dorm would absorb the loss and cover my costs. There was no scenario that played out poorly in my imagination. My only concern was that I'd have to wait another two hours to visit my then-girlfriend.

Which is exactly as it should be.

In the end, the agent accepted my story about the counterfeit bill, clearly appreciated my sense of urgency to get across the strait, and I made the sailing. Of course, it didn't dawn on me that certain factors played in my favour. I was a white, straight, cleanly dressed guy, who'd just arrived from a university campus located in a reliably stable community.

At the time of recording my video to the SMUS community, the media has reported that George Floyd's arrest began with a complaint about a counterfeit bill. Given his violent death at the hands of four police officers, his outcome couldn't stand in starker contrast to my own.

Which is exactly as it should not be.

That the colour of one's skin might influence an outcome doesn't come as a surprise. I think that most of us recognize that various forms of discrimination play an active role, not only among our friends across the border but in Canada as well. For that matter, I'm not shocked that further south, Mexican President Andrés Manuel López Obrador declared as 90% "fake" the 26,000 emergency centre calls about domestic violence logged in Mexico this March. I experience a similar lack of astonishment with respect to the poor treatment of the LGBTQ+ community in various countries or people from minority faiths or individuals with disabilities, whether physical or mental.

I'm not surprised because I recognize the deeply lodged tendency to discriminate in myself.

In this month in which we mark National Indigenous Peoples Day, I realize that I was raised reading textbooks that presented a mostly one-sided portrayal of our First Nations peoples. My childhood friends and I didn't talk once about whose culture was superior; it wasn't even a question. When I was young and wandering through my neighbourhood, I looked across a dirt path at the houses on the Musqueam reserve and the unspoken was confirmed. Somewhat older and walking downtown, I was taken by the number of homeless who appeared to be First Nations. Some of my young friends dropped disparaging jokes that, frankly, didn't cause me much pause.

If you had asked me as a teen whether I tacitly accepted racism, let alone asked me if I was racist myself, I would have denied it vehemently and taken offense at the suggestion. I knew that all people were equal. I'd probably declare with a bit of pride, "Race doesn't matter. I don't see colour."

Over time I came to realize that those last four words – "I don't see colour" - evidenced the deep flaws in my supposed enlightenment. I had a theory of equality in place, but it was mostly underpinned by ignorance and denial. I had much to learn about the fuller and darker history of our dominant culture's relationship with our Indigenous communities. I needed to spend time with traditional First Nations folk and practise suspending my own perspectives so that I could even attempt to understand how my hosts perceived the world. I also had to realize that this was tough, internal work that would take a long time.

I'm still working on it. I've come to realize that I'll need to work on this for the rest of my life. And I'm not alone.

What the horrendous death of George Floyd offers us is a stark reminder of our individual and collective brokenness and the tough work that needs to be done. Some of this is external to ourselves, right down to the nuances of dismantling current understandings of 'qualified immunity.' Equally, though, it's a challenging, inward journey.

Our school's Mission speaks to this moment. At our best, we seek excellence, not passively or carelessly, but with passion and compassion. Rather than accepting convenient or conventional opinion, we pursue truth, however difficult. We remind ourselves that nothing is great unless it is good. When we're at our best as a community, this is how we prepare for life, including moments like now.

Throughout the year at the Senior School, our Intercultural Council leads us in celebrations of our various cultural groups, everything from favourite foods to family dynamics. At the end of last term, students and faculty spoke on International Women's Day. A few weeks back, our Pride Alliance group led chapel, despite being spread around the world. This week, we'll focus on National Indigenous Peoples Day, which falls on the solstice after school closes. In these ways, we are finding a path forward.

At the same time, we're called to delve more deeply. Our hallways are not free from hurtful comments and there are times when students don't feel equally respected or represented. I find hope in your willingness to bring these experiences to our attention and I encourage all of us to continue challenging our community. We need to relentlessly address these lesser aspects of our nature, not simply in this heightened moment, but in the weeks and years ahead. It is, after all, an expression of our Mission.

What's our ultimate goal? Perhaps it's captured in a picture drawn by one of our Kindergarten students, Chloe. Her teachers tell me that at her age, students will often demonstrate their affection for staff by creating drawings to put on their desks. When Chloe told her teachers that she was working on a picture for them, it didn't seem unusual.

When the picture arrived in March via email after the school closed over the pandemic and spirits were low, they were amazed. They described it as "a sight to behold." Chloe drew a picture of her whole class, all 16 students, eight boys and eight girls, each of them with their individual features, different skin tones and hair. Young Chloe took the time to think about each of her classmates and see them in all their colour. In her picture, the children hold each others' hands, flanked by a teacher on either side. Multiple suns and blue clouds smile down on the group.

Until Chloe's picture becomes fully our reality, we all have tough work to do, both beyond ourselves and within ourselves, both in this moment and into the years ahead.

Which is exactly what needs to happen, given who we are. 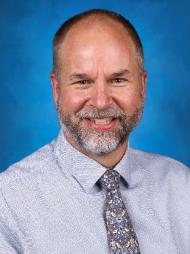 The Equity, Diversity and Inclusion Advisory Committee has made 31 recommendations to help our school...
Read