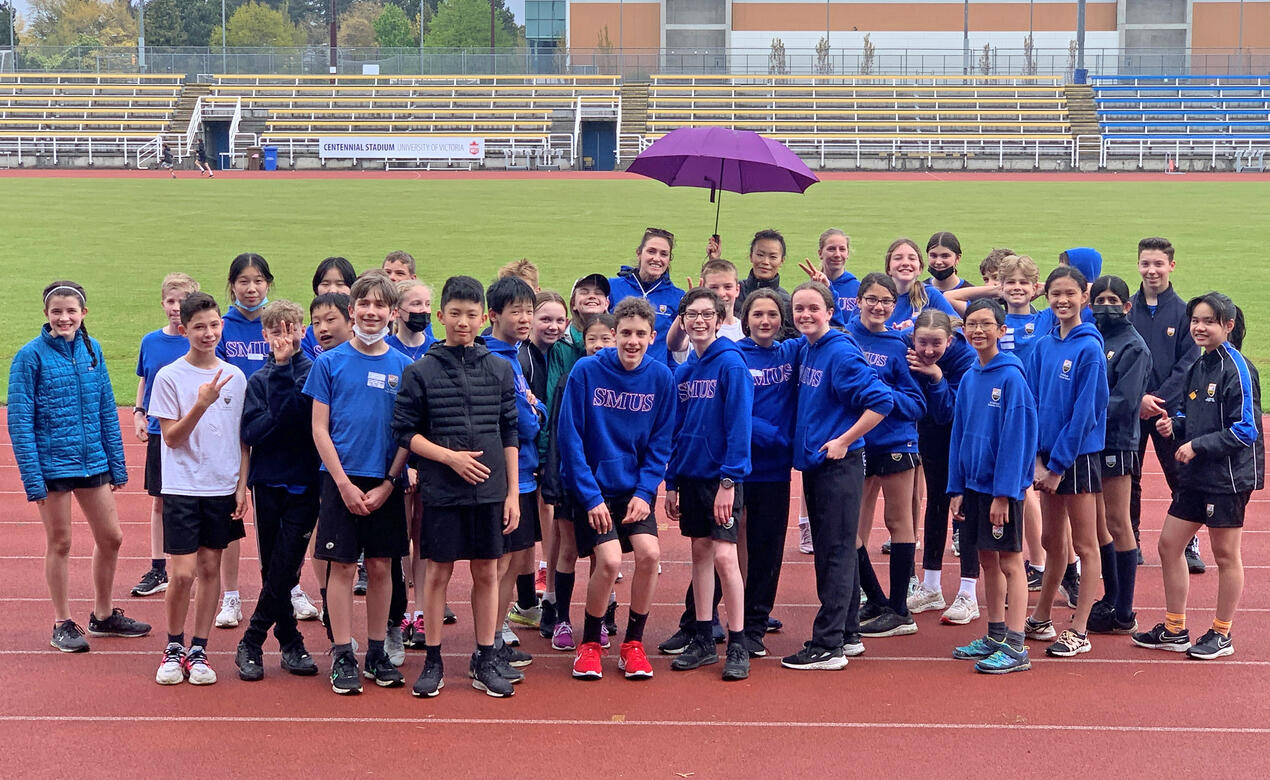 Another week is in the books, as the spring sporting season moved inexorably towards Island and Provincial championships.

Congratulations in particular to Tion McLeish, who completed an outstanding triple gold medal performance by winning the 1500m, 3000m and 2000m Steeplechase races. In the latter event, he shattered the Island record by over seven seconds, on his way to being named 2022 Senior Boys Most Outstanding Performer.

Similarly, Leupold Wang was recognized as the Junior Boys top athlete for his outstanding jumping, with brother LeRoy Wang also a huge factor in the High Jump (1.82m) and Long Jump. Calum Webber-Smith grabbed silver medals in the Senior Boys 400m and 100m Hurdles, as well as running strongly as part of a successful 4 x 400m relay team.

On the Girls side, Brianne McLeish placed second in both the 100m and 200m events, with Nella Meinecke third in the 1500m. The Senior 4 x 100 relay team also reached the podium.

All those listed above, in addition to others, now move on to the full Island meet May 18-19 in Nanaimo. All finishers in the top 5 of their events qualify for the BC championships June 9-11 in Langley. 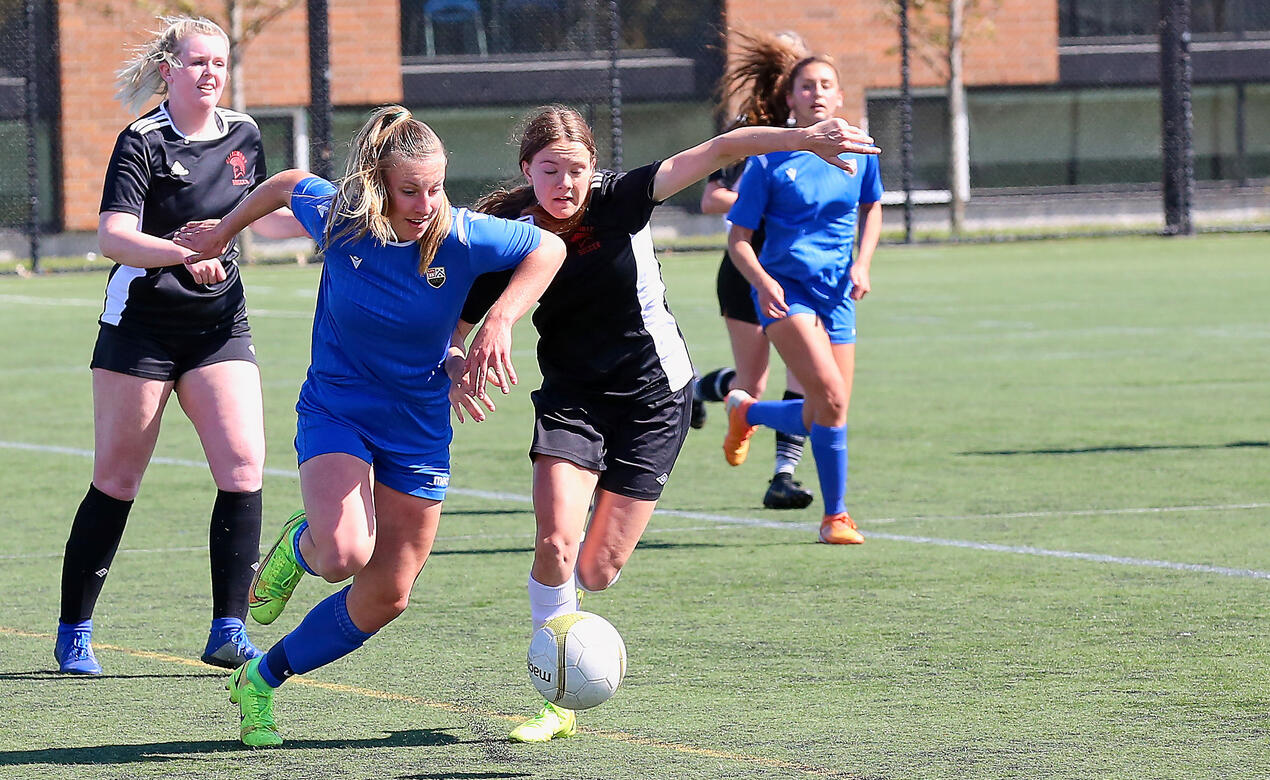 The Senior Girls, slight favourites to advance, fell to Claremont in penalty shots after 70 minutes of regulation and then extra time failed to produce a goal.

Indeed, all three defeats suffered by the Blue Jags this season have come via the dreaded shootout.

Nonetheless, SMUS looks forward to the full Island AA tournament, set for UVic on May 16 and 17.

At Junior Girls level, the Jags motored smoothly through to the Island final in convincing fashion, winning their pool vs NDSS, Quamichan and Mark Isfeld. However, an early 2-1 lead vs City rival Reynolds was not enough, as the Roadrunners registered three second half markers without reply en route to the title. 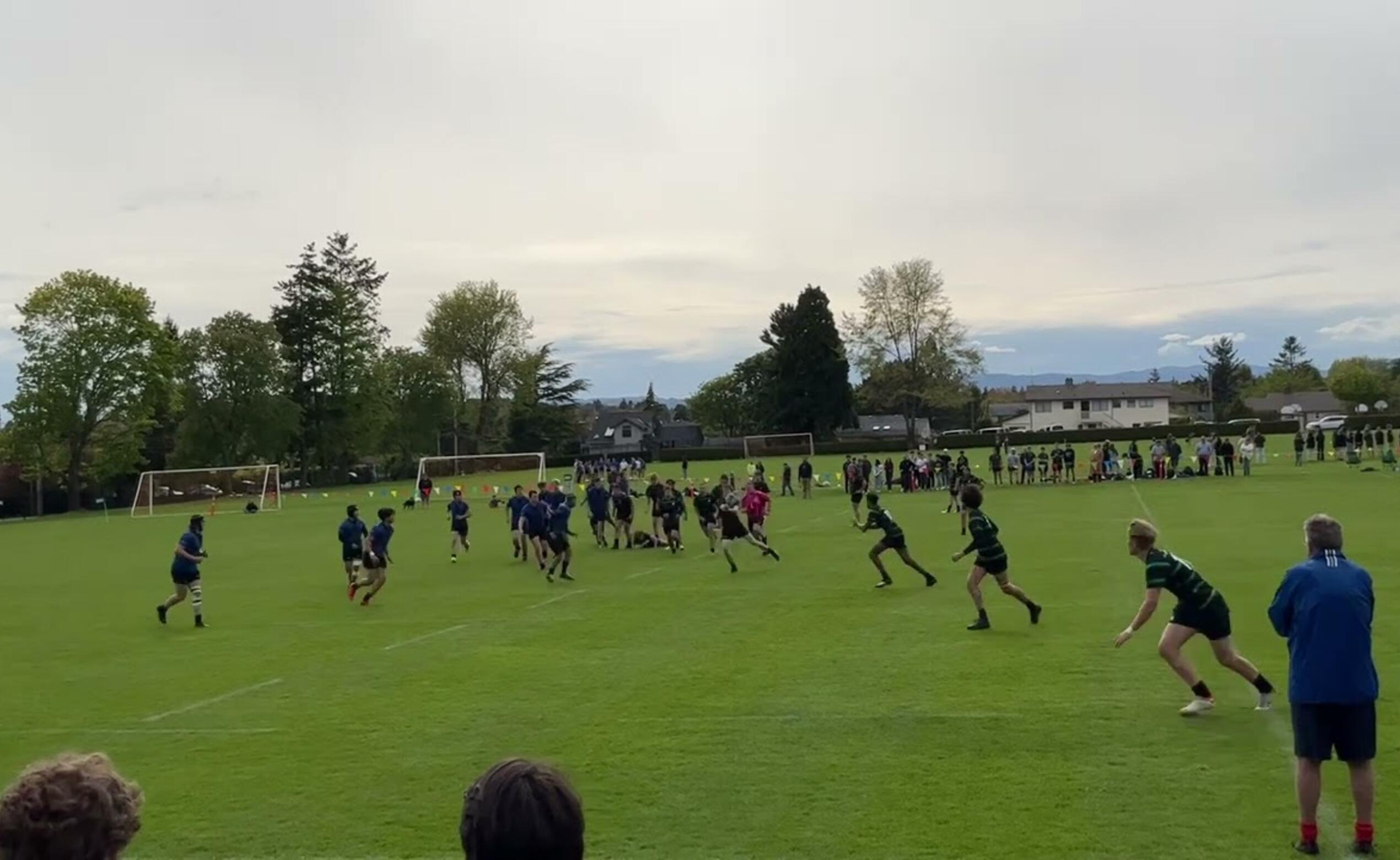 The Senior Boys 1st XV secured a provincial AA berth by virtue of a comfortable win vs Alberni. The team then battled Oak Bay for the Howard Russell Cup. A brace of tries by Dave Duru, and the usual fine play from Calum Webber-Smith, Alex Liu and Eric Xiong ensured the result remained in doubt deep into the second half. Congratulations to the Barbarians on their 27-17 victory.

SMUS now turns its attention to a May 19 Island AA final vs Brentwood.

The Junior Boys, led by Ewan Webber-Smith, saw their season end via an Island semi-final defeat at Shawnigan. 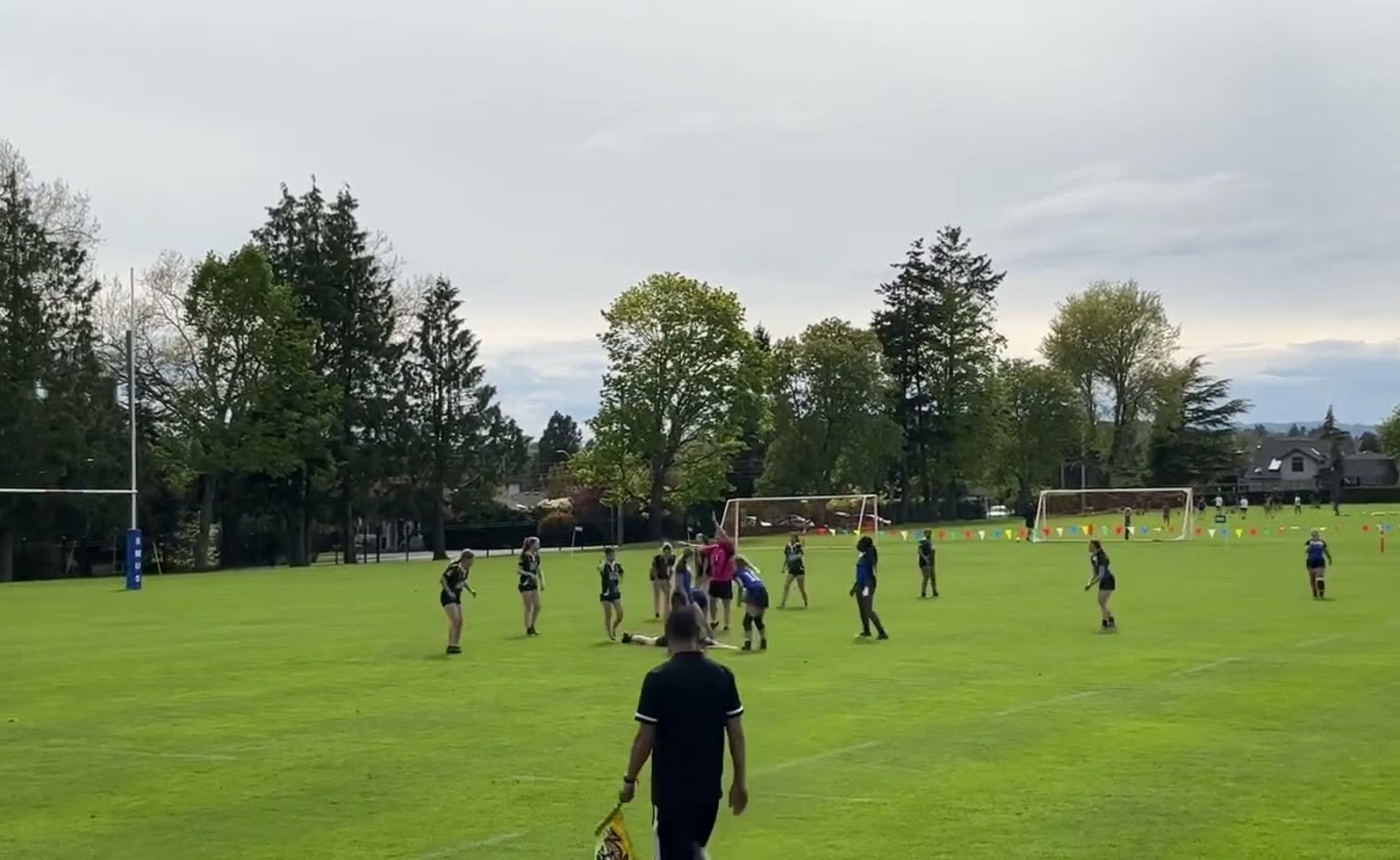 The Girls 7s enjoyed a bumper week, dispatching Stelly’s 40-5 in league play, and then, in their best effort of the season, retaining the Robinson Cup after a 33-10 win over Oak Bay. Ruki Madzimure, Manola Gomez Orendain, Jenna Robinson, and Skye Farish (2) crossed the whitewash, with Farish adding four well struck conversions.

The team now looks to advance through playoff qualification, with matches vs Claremont on May 16 and then the full Island tournament May 24 and 25. A top two finish is required to reach the BCs.

The season finishes this week, with a series of Jamborees. The Girls will play at Shoreline, while the Boys 6/7s will host on May 18. Then, on May 26, the Boys 7/8s will look to retain the Kuklinski Cup, again on home soil. 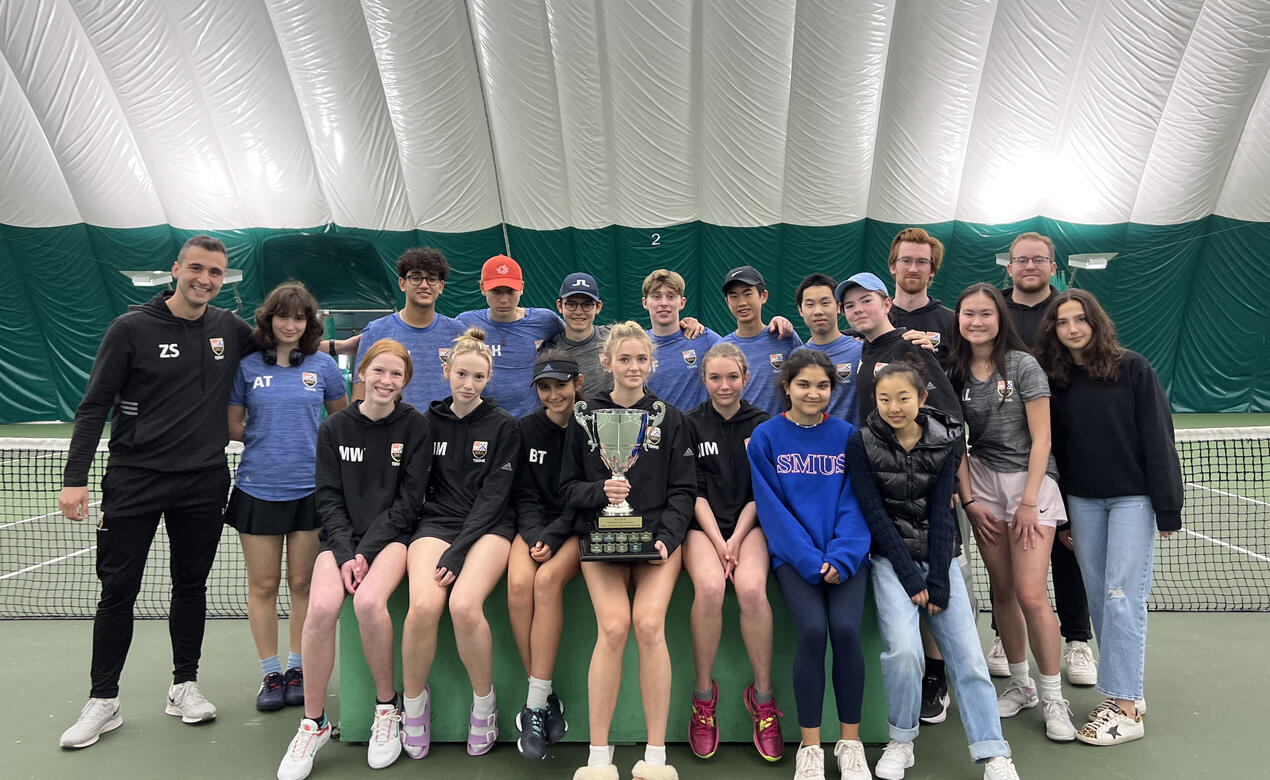 In a gritty performance, the SMUS Tennis team captured its fourth consecutive Island title, after a thrilling 6-5 victory over host Brentwood. Paige Rothwell, Bianca Toaxin, Maddie Wilson and Josie Mason-Woodcock helped stake the Blue Jags to an early 3-1 lead, with key wins by Cooper Mills and the doubles duo of Krissh Hora and Sam Hamidian securing the narrow victory.

SMUS now travels, as Island top seed to the BC Championships in Vancouver May 25-28.

The Rowing team took part in the annual Shawnigan Lake School regatta May 13-15. While the rain teemed down, Mother Nature at least provided calm water. Every one of the 20 SMUS crews reached their respective A finals, with pride of place going to two gold medalists, the U19 Men’s Novice 8+ and the U19 Women’s 63kg 4X+.

A further eleven crews placed second in their race, while the U19 Women’s Novice 4X+ earned third.

A week earlier, both the U19 Men’s and Women’s 4+ competed at the prestigious Windermere Regatta. This event, hosted by the University of Washington, is invitational only. Congratulations to those SMUS athletes involved on highly credible third and fourth place finishes. 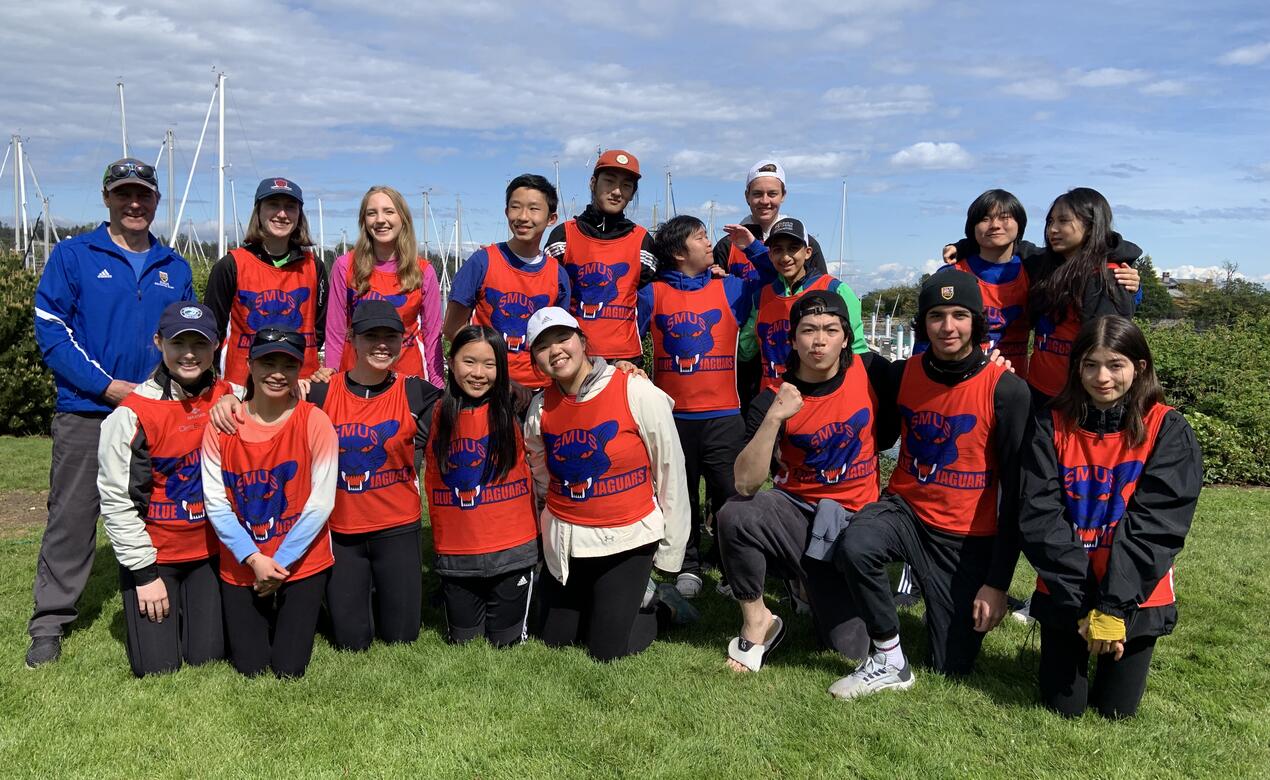 The Sailing season got underway May 14 with the Discovery Cup, held at the Royal Victoria Yacht Club. The winds varied in intensity throughout the day and ensured excellent racing conditions. The sun even made a brief afternoon appearance.

The next regatta of the season is set to take place Saturday June 11.