Welcome to SMUS Olympic Club! The Grade 5 students have gathered in the gym and are starting a year-long journey in which they will be introduced to the heritage, stories, values and traditions of both the ancient and modern Olympics.

They will meet pioneers of social justice like Ethelda Bleibtrey. Tired of swimming in long woolen dresses, Ethelda refused to conform and appeared at the 1920 Antwerp Games wearing what we now consider to be a standard swimming suit. There was initial uproar, swiftly followed by acceptance. The Grade 5s will learn about athletes like Cathy Freeman, the first Aboriginal women to win a gold medal (400m) and who was also the torch bearer at the Sydney Games. They will meet Abebe Bikila, the first African gold medalist – marathon running – who won his race running barefoot. The stories are rich in detail and diverse in content. They will learn how ancient and modern historical events (such as world wars, societal attitudes) have influenced the Olympic Games and shaped its current form.

The students in this club are expected to think critically. They are posed a question: "Hosting an Olympic Games is a massive undertaking that consumes vast sums of money and resources. The question is not, 'Can we host the Games, but should we host the Games?'"

They start to explore this topic through the lens of impact, legacy, urban regeneration, unintended consequences. They are shown examples of Olympic Games that have left powerful and lasting legacies for the hosts (London Olympics, 2012). They are shown examples of facilities in advanced states of decay and communities that struggle with the debt burden of hosting the games (Athens Olympics, 2004). The debates are rigorous and opinions are expressed that reflect a deep level of engagement. The Grade 5 students are also expected to express their learning using their creativity. They are currently developing a huge art piece to gift to the Canadian Athletics Team that will compete in the Tokyo Olympics.

Participating in the SMUS Olympic Club is not just meant to be a scholarly pursuit. It is designed to provide inspiration and motivation for our young students to participate in sports and be physically active. They know, and are taught, how playing sports strengthens their physical systems. They know that playing sports provides joyful outlets for their abundant energy and gives them opportunities to learn life skills.

We know that sports don't just build character, they also reveal it. Exactly how does this occur? Do sports values need to be taught or are they caught? The Junior School uses the principles of the Olympic Values Education Program to help the students develop values. By playing sports, our students learn and experience the joy of effort, they employ fair play, they pursue excellence, they have respect for oneself and for others, and they encapsulate it in a balance of body, will and mind.

Back in September, our new cohort of Grade 5 students ready to start the Olympic Club was presented their first provocation: "Imagine that it is 1896 and you have entered the Athens Olympic marathon race. It is hot, dry and very dusty. Greek patriots have promised you a dazzling range of prizes, if you can win and bring glory to Greece. You are promised free haircuts for life, one month's supply of chocolate, a plot of land to plant olive trees. Despite the stifling heat and the best efforts of your rivals, you enter the stadium in first place. The crowd goes wild. King George I of Greece summons you to receive your Olympic Medal and an intriguing prize: You can choose anything you want – just as long as it doesn’t belong to the King."

What would you choose?

The debate ensues and the students are quick to identify suitable prizes. Examples include enrichment with inordinate sums of prize money, the creation of peace treaties between warring factions, and appointment to positions of power also seem to be popular. Olympic history gives us an example of humility. The winner of that race, Spyridon Louis, decided that for his prize he would choose two donkeys to help him carry and sell water to the villages in his community. Our first Olympic Club meeting ends with an invitation to further explore this topic at home using something we call 'conversations around the dinner table.'

What lessons can be learned from Spyridon Louis? Why did he choose such a humble prize? 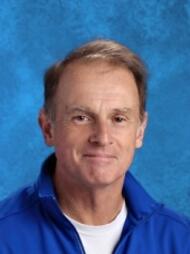