Rowing at SMUS covers all three terms with two distinct seasons for athletes of all abilities.

In the fall, a larger team, including newcomers to the sport, competes in the lower Vancouver Island high school season. This season features competition in local regattas, including the City Championships.

In the winter and spring, a smaller group of athletes continues to train for the competitive racing season that runs from February to June. This season features regattas across British Columbia with the goal of qualifying to represent SMUS at the national regatta in St. Catharines, Ontario.

Many SMUS rowers have gone on to row at Canadian and American universities at the NCAA Div. I, II and II levels. 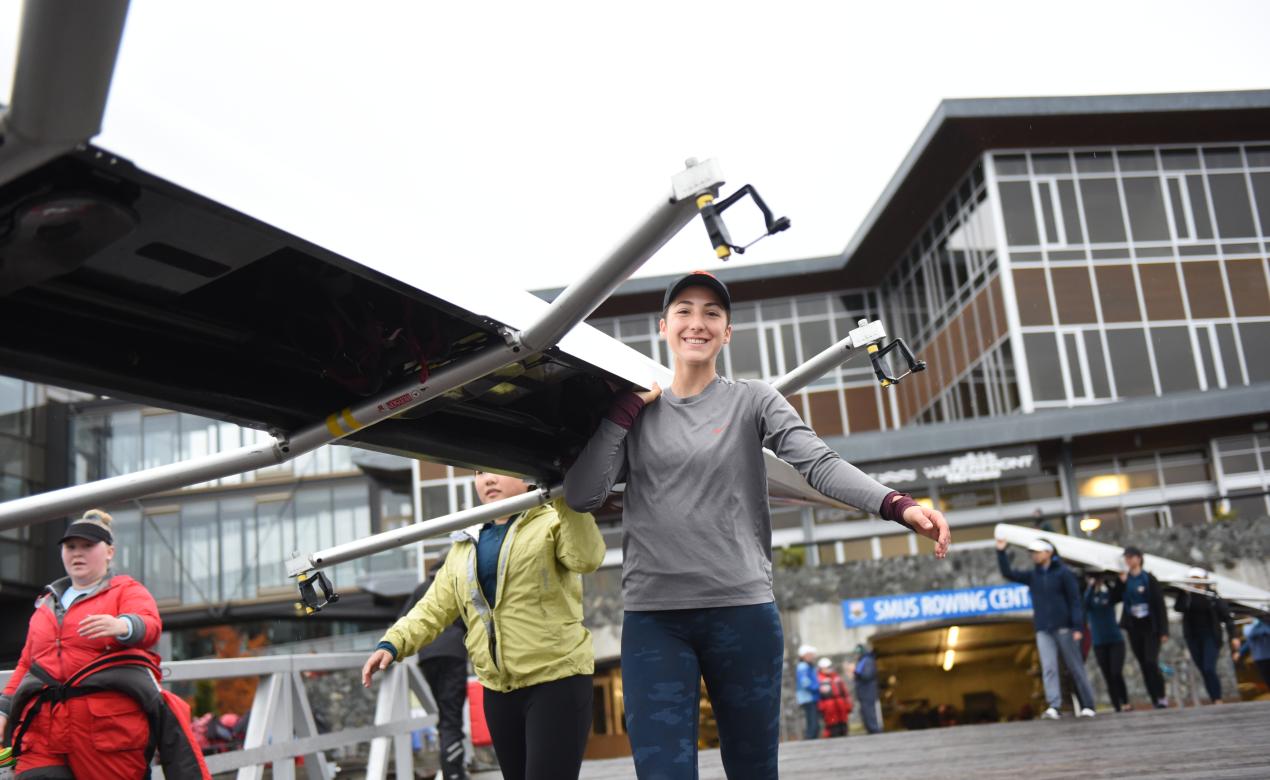 SMUS is fortunate to have our own purpose-built rowing centre on the beautiful Gorge waterway.

Student athletes have access to train on an approximately 3.5-km stretch of water that brings them into Victoria's beautiful Inner Harbour.