If you want to learn more about the history of SMUS and our two founding schools, we have two books available for purchase. 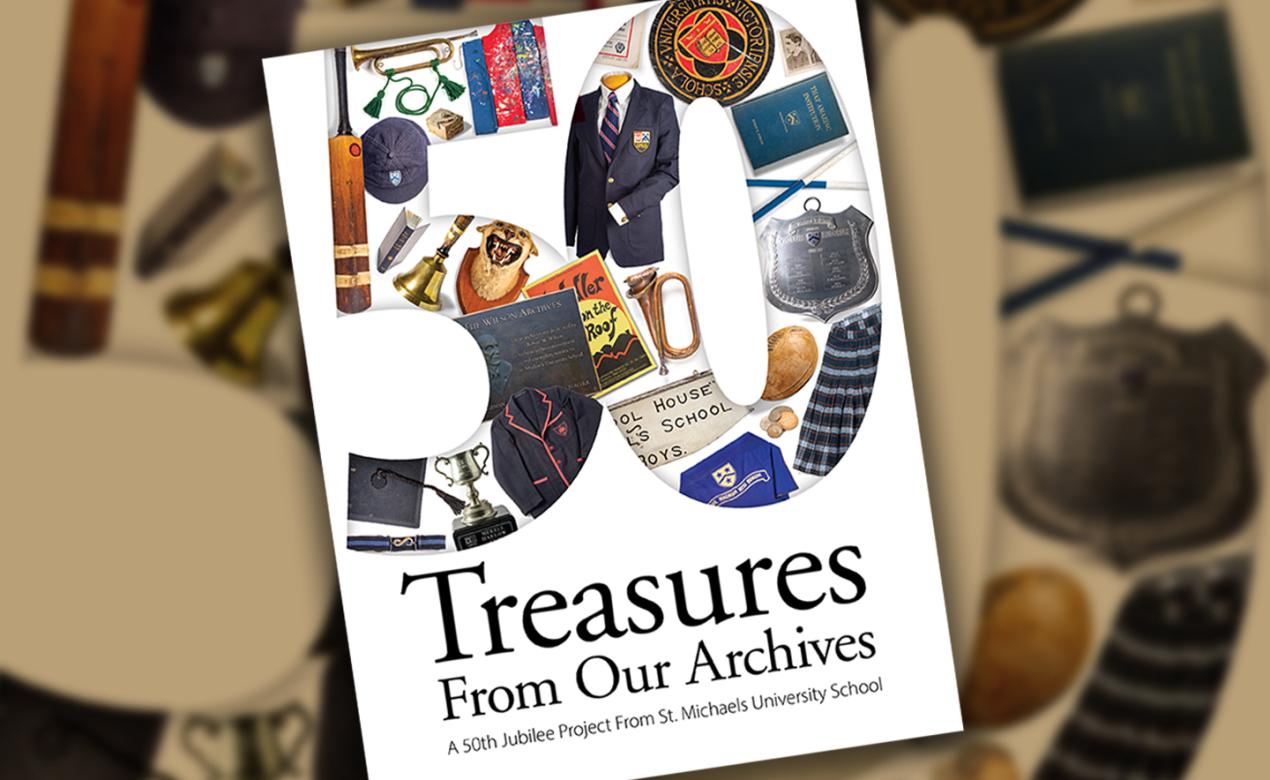 50 Treasures from Our Archives

Published in 2021, 50 Treasures From Our Archives is a self-published book from St. Michaels University School that celebrates our history through memorabilia, photographs and more from our archives. Using treasures from The Wilson Archives, 50 Treasures highlights our school history through the stories that each of these items tells.

The book features beautiful photographs of trophies, articles of clothing, sports equipment, newspaper clippings, musical instruments and much more, and tells the fascinating histories behind each one.

50 Treasures From Our Archives was commissioned to mark our Jubilee, celebrating 50 years since the 1971 amalgamation of our two founding schools: St. Michael’s School and University School.

Purchase 50 Treasures From Our Archives for yourself from the Campus Shop. Donors get a free copy of the book when they support the Annual Appeal with a gift of $500 or more. 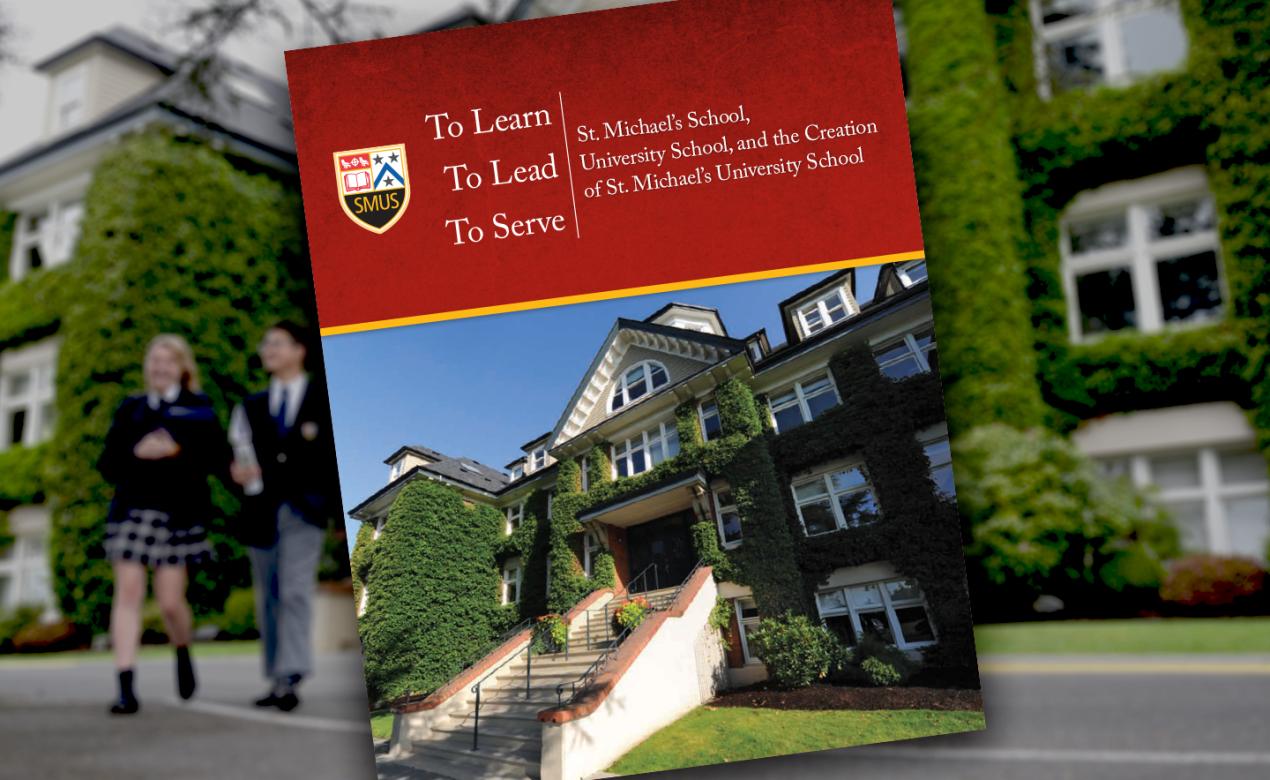 To Learn, To Lead, To Serve

Published in 2015, To Learn, To Lead, To Serve is the history of three Victoria schools, University School established in 1906 by its three founders, J.C. Barnacle, W.W. Bolton and R.V. Harvey, St. Michael’s School founded by K.C. Symons in 1910 and St. Michaels University School formed by amalgamation of the two founding schools in 1971.

University School was set up to be primarily a boys’ boarding school educating the sons of the gentry of British Columbia and imitating the English public schools where its three founders had been educated. St. Michael’s, established by a single headmaster who remained in charge of the school from the beginning until his retirement almost 40 years later, was also intended to perpetuate the traditions of the English public schools.

Through a series of internal and external crises, both schools maintained these traditions from their foundation until they were combined in 1971 to become St. Michaels University School. At the end of its first hundred years, it has become an institution of major importance and one of the most prestigious of Canada’s independent schools.

To Learn, To Lead, To Serve is available for purchase from Amazon using the links above. If the book is out of stock, place your order and Amazon will only charge you when the book ships.